A total of 35 swimmers braved the Solent to raise more than £14,000 to support Island residents living with cancer at Wessex Cancer Trust’s (WCT’s) recent Swim for Hope event.

The intrepid swimmers set off from Hurst Point and swam the 1¼ miles across the Solent to Colwell Bay, as part of the charity’s 40th birthday celebrations. All completed their challenge, many of whom were taking part in their first sea-swimming event.

The event was organised by Mike Sizer-Green, manager of WCT’s Wellbeing Centre in Newport, and Michelle Salsbury, who volunteers and fundraises at the centre, with both taking part.

Mike was diagnosed with a brain tumour in 2013 and used the trust’s Daisy Bus to get to his appointments at Southampton General Hospital.

He said: “I’m immensely proud of all the swimmers. Swimming the Solent is a huge challenge and I’ve been overwhelmed by the dedication and determination of every swimmer who put in hours and hours of training to ensure they would get across. 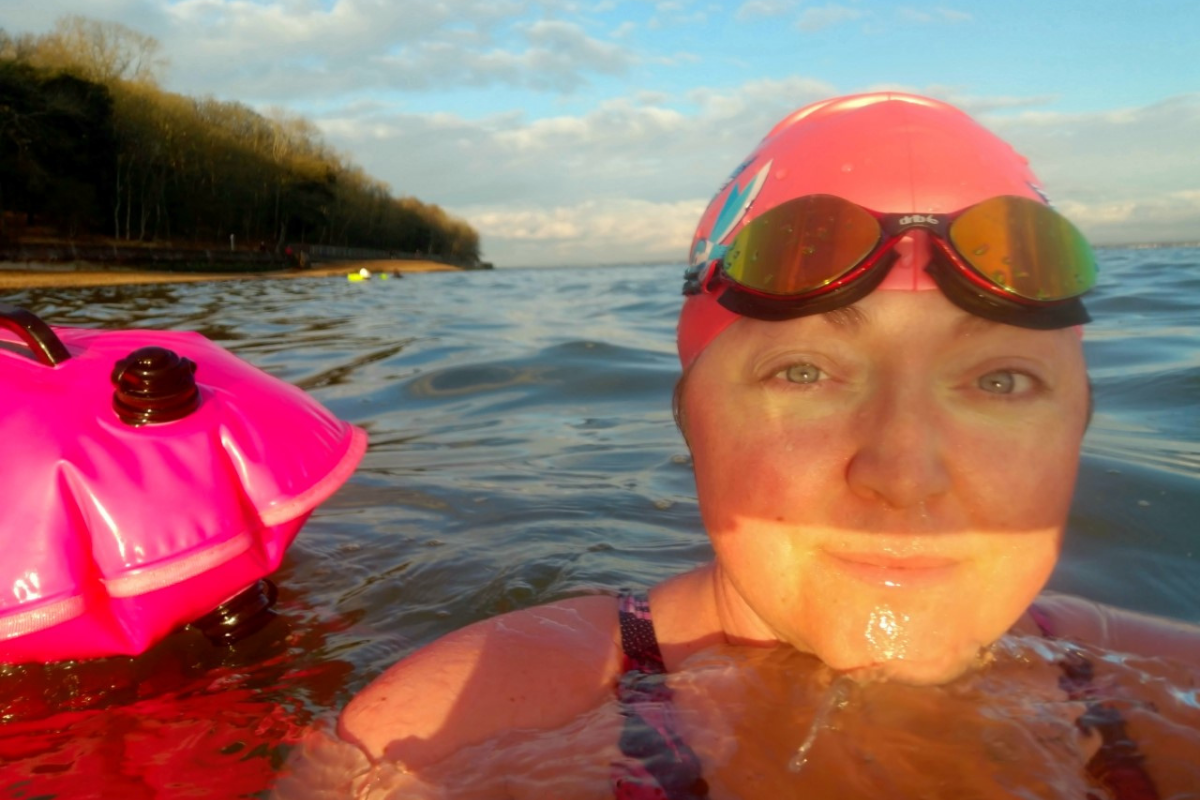 Michelle Salsbury who swam and helped to organise the event

“It’s even more poignant because many of our swimmers have their own experience of cancer and know that stretch of water represents a major hurdle if you have to cross it for treatment on the mainland.
“Organising an event like this was a huge undertaking, and we’re particularly grateful to everyone who helped get our swimmers across safely.”

Jo Hanks, one of a team of support kayakers, added: “It was a privilege to escort the swimmers and volunteer for a charity which does so much to support local people living with cancer.

“I was a colorectal cancer nurse specialist for 15 years and saw first-hand how invaluable the Daisy Bus was for patients travelling from the Island to Southampton for their treatment. I’m thrilled the event has raised so much money to support local people who really need it.”

Donations can still be made on the JustGiving page: Taking the Plunge for Wessex Cancer Trust’s 40th Birthday.