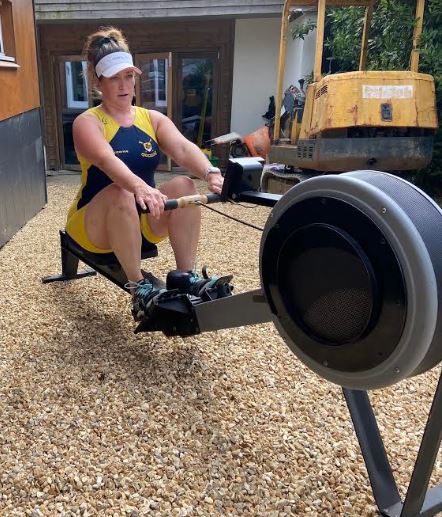 Members of the rowing club are using rowing machines to try to clock up nearly 5,000 kilometres, the equivalent of rowing from La Gomera in the Canary Islands to Antigua. It is the course of the world famous Talisker Whisky Atlantic Challenge, that is run each December.

A distance of 2,446 km has now been completed by the team, thanks to some sterling efforts, with a massive 247km rowed in just one day at the weekend.

Three rowers – Suzanne Whitehouse, Matt Whishaw, and Kathy West – all covered full marathon distances of over 43km. Suzanne and Matt are fighting it out for top spot of the individual most metres covered. Matt just has his nose in front on 306km and Suzanne Close behind on 276km.

The team are rowing to raise funds for the Mountbatten Hospice, and hope to achieve their target by the end of this month. You can check out how they are doing, and also see how you can donate to such a worthy cause by visiting: https://www.newport-rowingclub.co.uk/atlantic/