A naming and dedication service, to mark the introduction of a new D class lifeboat, has been held at Cowes Inshore Lifeboat Centre.
Major donors, who funded the £65,000 cost of the boat, handed her into the care of the RNLI with CEO, Mark Dowie, accepting the boat on behalf of the charity. The donors explained that the name, Buzz I, was already taken, being their own tender.
The couple have sailed for more than 30 years, progressing to their present 40-foot yacht, complete with all the latest technology.
Chris Hooper, one of the boat-builders, gave a brief description of the capabilities of the D class, and this was followed by the Service of Dedication led by Rev Amanda Collinson. The donors then stepped forward and named the boat D-857 Buzz II. Glynn Ellis, operations manager, delivered a vote of thanks. 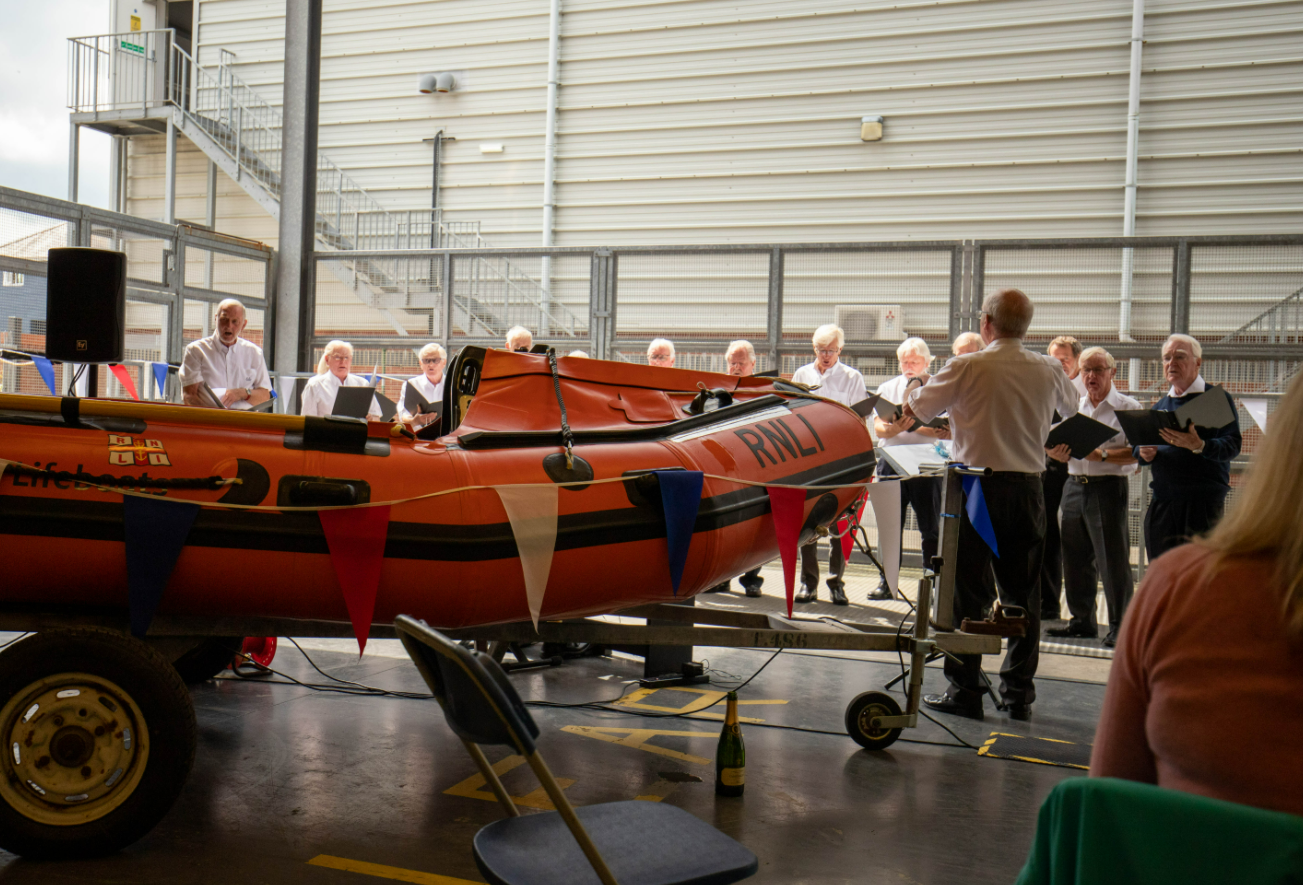 The Slipshod Singers perform outside the Cowes RNLI Lifeboat Station

The event was then marked with the West Wight’s male voice choir, the Slipshod Singers, who sang ‘Let the Lower Lights be Burning’ and the lifeboat song ‘Home from the Sea’.
The Slipshods have sung at many of these lifeboat-naming events and also held charity concerts with proceeds going to the RNLI.
In recognition of their efforts and dedication, Mr Dowie presented conductor, Dick Dawson, with a Certificate of Merit.