The first stage of the regeneration of Branstone Farm has been given the green light — with a brewery and bottling facility approved to be built and affordable housing to potentially follow.

Plans for Goddards Brewery to move from its Ryde home to a new purpose-built site on the former Branstone Farm Study Centre, in Hale Common, were approved last night (Tuesday) by the Isle of Wight Council’s planning committee — as the craft beer and real ale producer has outgrown its old site.

The site is owned by the Isle of Wight Council, which has plans to develop more of the area, providing a potential 46 affordable homes in partnership with Vectis Housing. 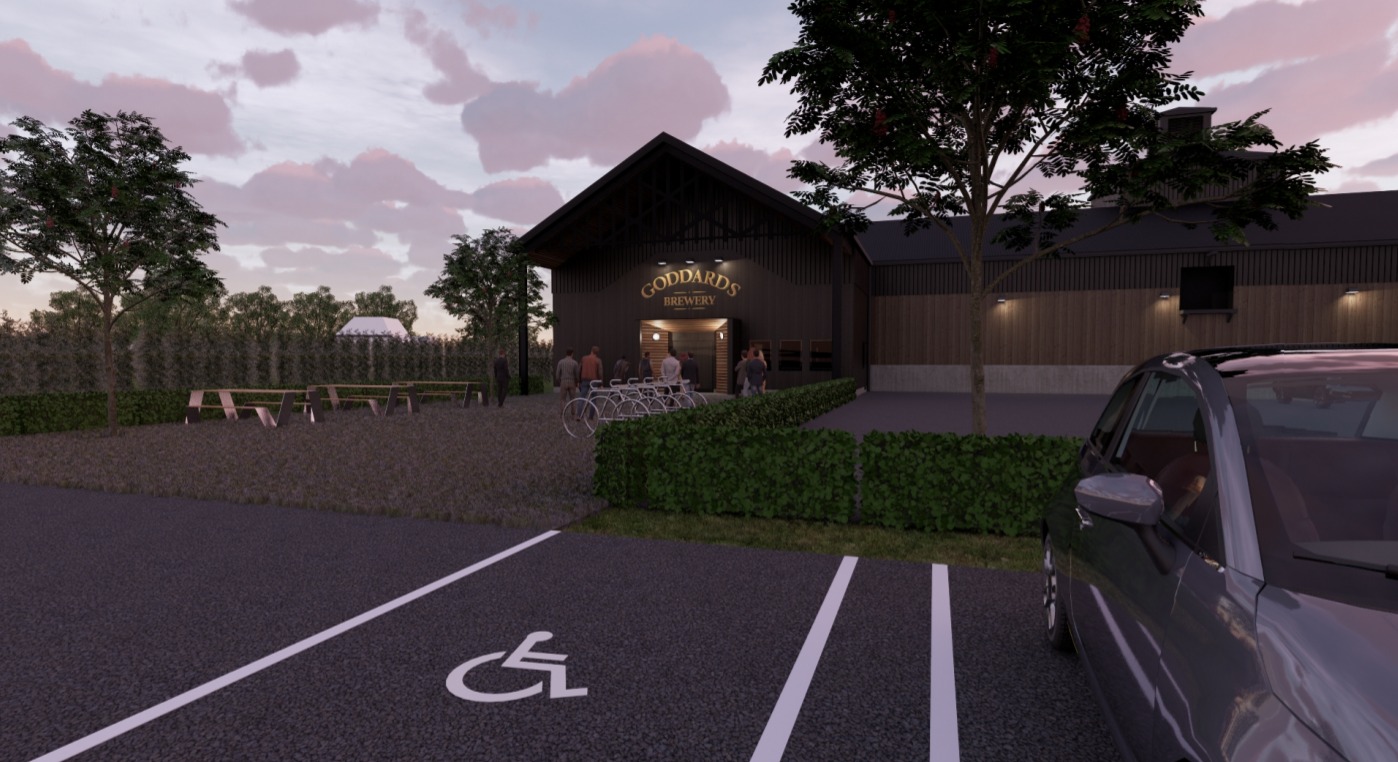 The former educational farm site, which was shut in July 2018, will now be transformed to include a new barn-style brewery and visitors’ experience centre, with office, retail and storage and hop fields.

A bar and restaurant on the first-floor level has also been included, with a glazed screen overlooking the brewing hall and a covered external seating area, open to the elements.

A member of the public supporting the application said: “Goddards do produce some superb ales and the new brewery and visitor facility will be a fitting tribute to showcase their products. The new location will put Goddards on the tourist map and will become a place for Island residents to visit.”

Cllr Clare Mosdell, ward representative, supported the application as a ‘bigger picture of plans for the whole site’ — including housing — but asked to extend the 30mph speeding limit that has recently been introduced at Branstone Cross to the entrance of where the site will be.

To change the speed limit, a separate procedure would have to be undertaken with the Highways Authority but Island Roads said there was no safety reason to reduce the speed limit.

Concerns over internal health and safety of the brewery between the visitors centre and the bottling facility were raised.

Cllr Brian Tyndall said he felt the current floor plan did not conform to environmental health regulations as there are no separate toilets for the staff and a changing room from when staff go through into a bottling hall, which is effectively a food plant.

He said: “Normally in places like this you would have those areas otherwise there is a risk of cross-contamination from the public from the staff into the lovely beer. I think that needs to be reviewed.”

Planning officers did say they can put an informative on the permission that reminds the applicant of other health and safety regulations and the cleanliness of how that building operates as they cannot condition other legislation.

Councillors unanimously voted to approve the development, with 19 conditions set out in the officers’ report.