The huge storage tanks of the former Island Fuels depot next to the river Medina in East Cowes are being demolished, reducing them to rubble.

Until the closure of Island Fuels in early August, with the loss of around 16 jobs, the tanks were used to store fuel and oil which had been brought across the Solent by a dedicated fuel ship. All fuel now sold on the Island is transported across by tanker on the ferry services on late night and early morning sailings.

Island Fuels had traded on the Island for 60 years supplying domestic, business and agricultural customers, until parent company the Motor Fuel Group announced that the company was no longer viable and closed the facility with just two weeks’ notice. 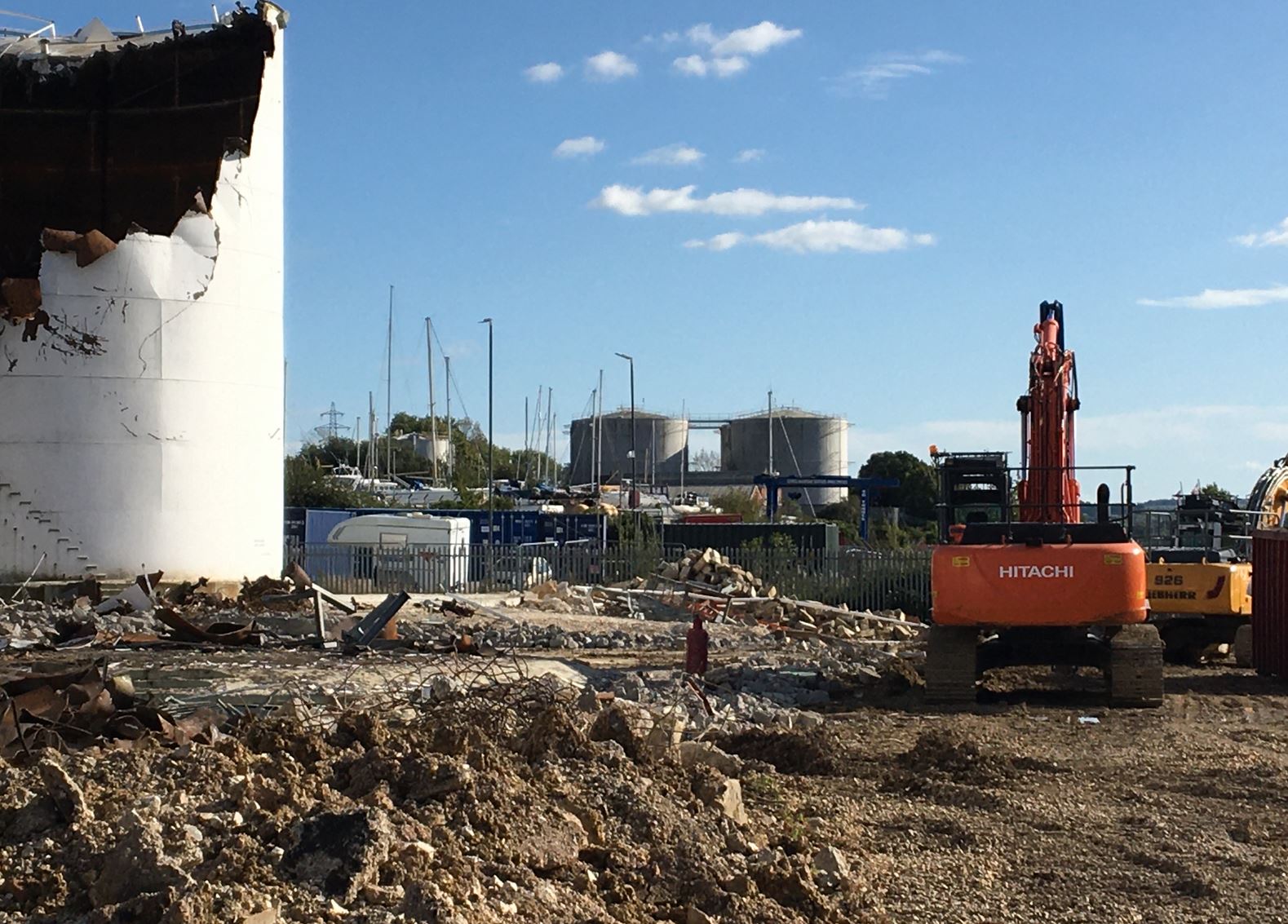 Local councillor Karl Love said that the previous arrangements had been much safer and the current situation might lead him to reconsider the current application by UK Oil and Gas to sink explorative wells for oil in the Arreton valley. He said: “There will come a time when we use significantly less liquid fuel but this is not yet that time. We need to have flexibility and affordability which comes from bulk safe storage.

“I recognise there are those determined to drill for oil on our Island which concerns me for many reasons. I’m not advocating drilling for oil and I am against it, but if there is no storage facility for fuel and oil, the only alternative is for it to be transported through the ferry terminals with the potential for hundreds of tankers passing through East Cowes on their way to and from Southampton. This cannot be healthy or safe for our local community.

“While I don’t want drilling for oil, if their application succeeds I need to consider the impact for residents. I don’t want additional oil tankers entering our town and this might offer a safer alternative.

“Island Fuels have moved extremely quickly in starting to demolish this site and I wonder why!”

He called for the Isle of Wight Council to be creative in transitioning from oil, creating an infrastructure for electric vehicles. He added: “East Cowes is a gateway to our Island and does not have a single electric charging point. How will that attract tourists and visitors? It’s a great opportunity for our Island and local town councils to locate charging points and create some income from them.”

An Isle of Wight Council Spokesman said: “The Local Planning Authority (LPA) has received a ‘de-notification letter’ from the Health & Safety Executive regarding this site under the Control of Major Accident Hazards Regulations.

“The site is privately owned, and it will be for the owners to decide on future use and make the appropriate applications. Should there be any redevelopment proposal, as LPA we have the ability to apply conditions relating to any potential contamination, which would ensure that the site is adequately remediated for the proposed end use.” 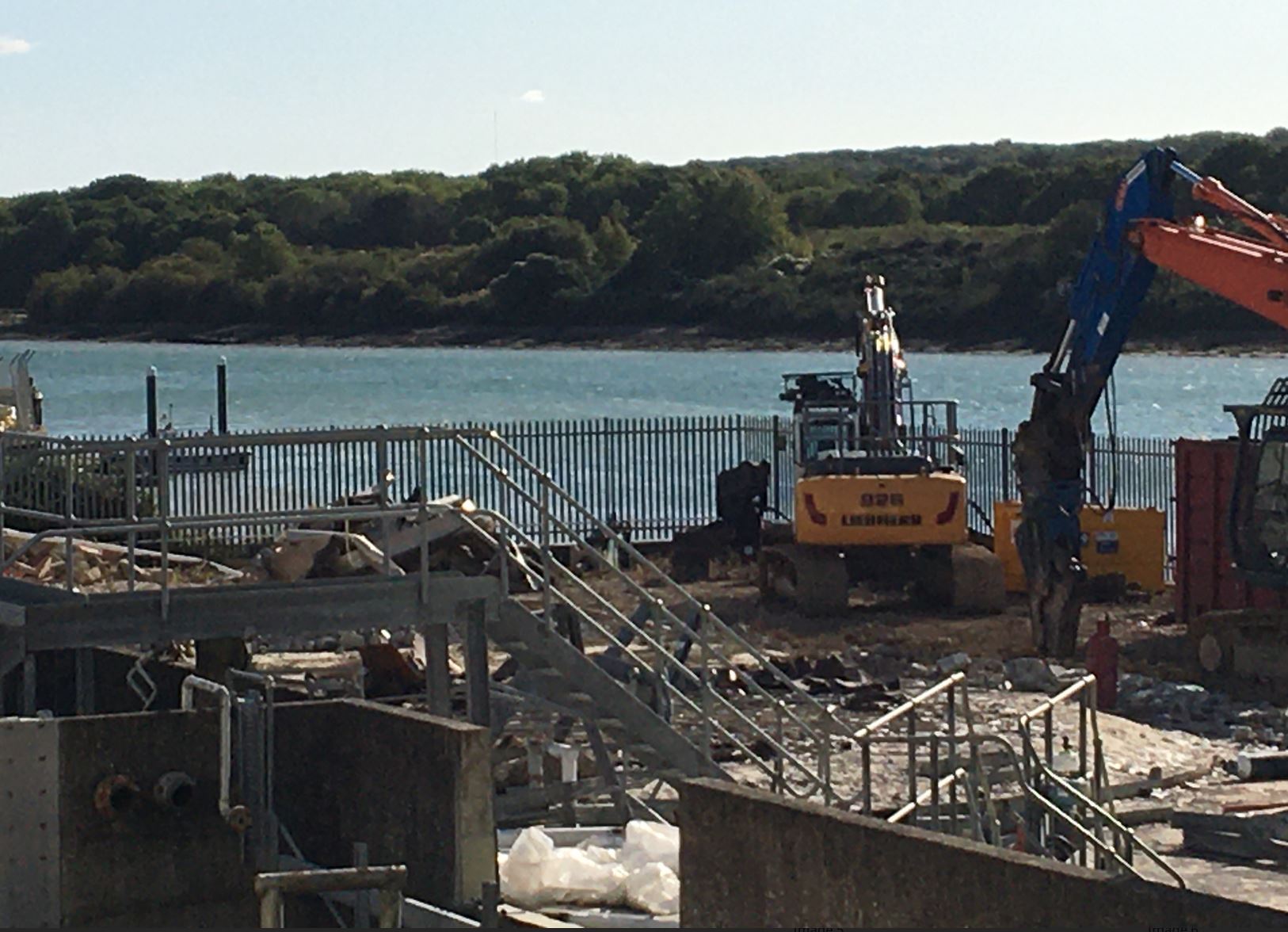