Two separate piles of discarded rubbish were found 10m apart in the layby at the northern end of Arreton last Sunday.

The location, being in close proximity to the Lynbottom Recycling Centre, is suspected that the owners of the rubbish experienced difficulty in obtaining access to the centre, or perhaps they simply could not be bothered to book an appointment.
Bookings must be made in advance for both Lynbottom which is open seven days a week, and Afton Marsh which opens on Saturday, Sunday and Monday.

As well as being unsightly fly-tipping can be a public health hazard and has many consequences for the Island’s wildlife. 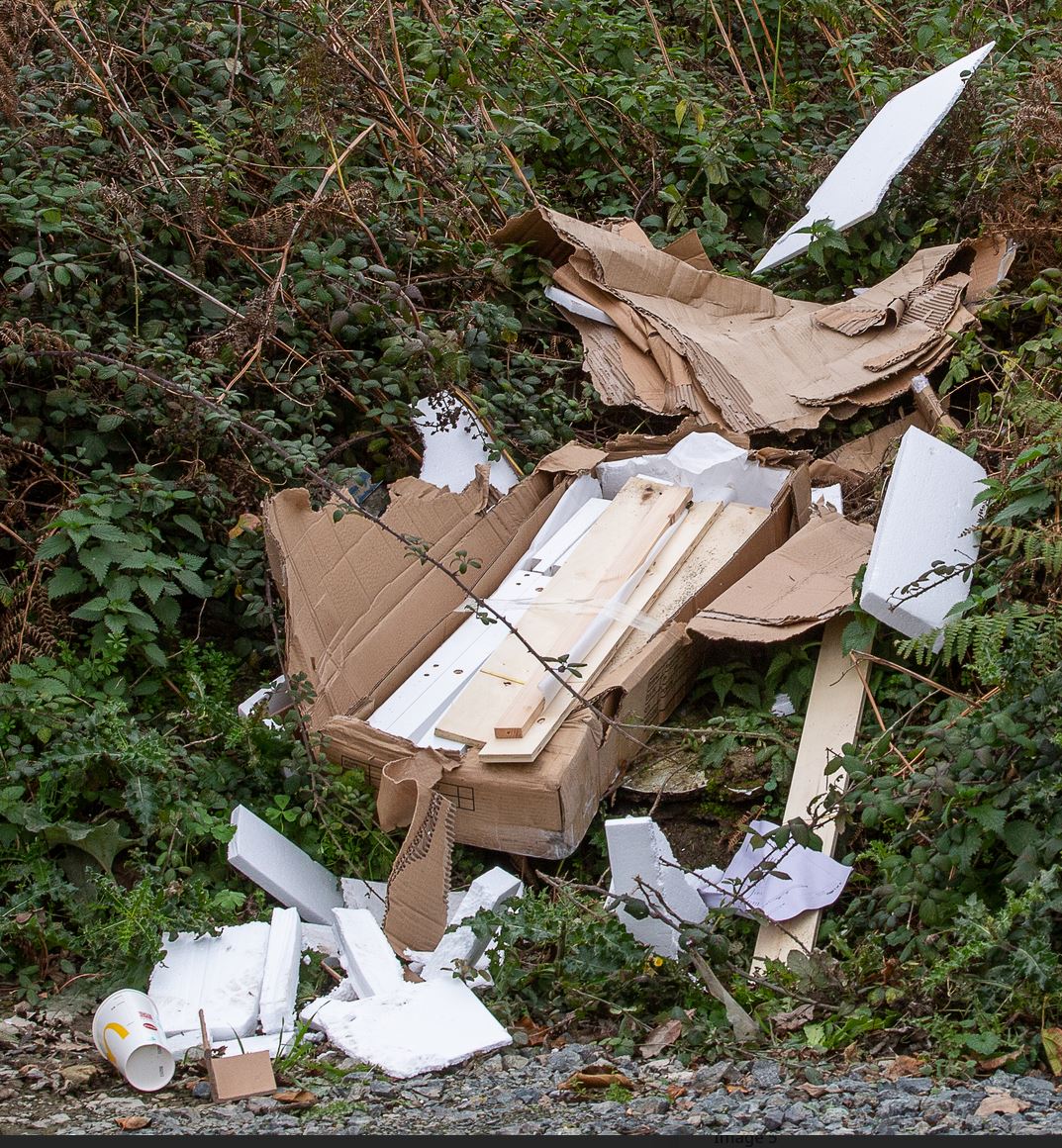 Whatever your frustrations remember that fly-tipping is a criminal offence. In a magistrate’s court it is punishable by a fine of up to £50,000 or 12 months imprisonment. In more serious cases, dealt with by a crown court, the fine can be unlimited with up to five years imprisonment. There are a number of other possible penalties, including fixed penalty notices and having your vehicle seized.

Householders can be fined up to £400 if they pass their waste to an unlicensed waste carrier which is subsequently fly-tipped, so you should always check that anybody removing your waste has a current licence.
You can book a slot at both recycling centres online at iow.gov.uk/hwrcbooking or through the call centre on 823777.