‘Until now, I’ve resisted, but I’m now starting to panic about panic buying, so who should I call?’

‘What’s goin’ on?’ You’d think it would be impossible to keep the populace in a permanent state of panic, but sections of the press and social media seem determined to give it a go. We’re always threatened by one catastrophe or another. So far I’ve survived the Millennium bug, foot and mouth, bluetongue, BSE, Mad cow disease, Ebola, SARS, bird flu, global warming, climate change, terrorism, drought, flood, gales, skin cancer, obesity, diabetes, Brexit and Smart motorways!

In my youth, there was Greenham Common and the threat of imminent nuclear war. Remember actor Patrick Allen solemnly voicing ‘When you hear the air attack warning, you and your family must take cover immediately’? In my house, we went as far as barricading the windows with mattresses – we didn’t see out for years. Dire warnings of a global Aids epidemic were bravely borne in the 80s, mercifully, that didn’t kill quite as many as the tombstone based TV and press ads suggested it would.

I smoked in my teens, almost everyone did, until the health warnings overwhelmed us. All but the most determined gave up when we realised that tobacco was better for the manufacturers than us. Once I’d quit, I ate wine gums, which seemed a good substitute for 20 Marlboro. As a smoker, I weighed just 69 kilos but put-on another 30 within a year. One day I will throw away those old 28-inch waist Levi’s and concede defeat, but I’m not ready just yet. My fear of lung cancer did fade eventually, only to be replaced by the fear of high blood pressure, heart disease, diabetes and obesity.

These days, when we watch TV, we’re often informed that if we’ve been affected by any issues in the programme, there’s a helpline number. Until now, I’ve resisted, but I’m now starting to panic about panic buying, so who should I call? I’d like to know what happened to community spirit. What’s the point of having sanitised hands if no-one else has them because all the hand-sanitiser is owned by the few, denying the many? And why clear shelves of loo-roll?

Apparently, people think it’s manufactured abroad and could be in short supply. Myth buster time, we are not, nor ever will be short of loo-roll, it’s made right here, in GB-B, Gone Bonkers Britain.

Some people have lost the plot, while others laugh at their fear. A good number of Islanders believe the answer is (or was) to ‘ban all ferry movement, pull up the link-spans, isolate the Wight’. Those poor souls don’t understand how grocery logistics work. Some 95 per cent of our shopping is done in big supermarkets, we abandoned small, independent shops years ago. Remember?

Nor did we choose self-sufficiency, although it was a great comedy device for Tom and Barbara Good. Can it really be 45 years since The Good Life first appeared on the BBC?

On the Island, the only easily eaten thing that are grown in great quantities are tomatoes. Meat needs ‘processing’ on the mainland before we can eat it. With a few exceptions, almost everything we need arrives here on trucks. If we stopped the boats who would bring all the goodies?

Finally, in the new world order, lorry drivers are getting the recognition they deserve, so let’s get a grip and use our (just one) loaf. When this is all over, hopefully we’ll think about what we buy and where. It does seem a regrettable certainty that many of us will get this damn virus, but thankfully most will shake it off. HIgh risk groups should of course take sensible precautions, but this is England, so heed Council Leader Dave Stewart’s sage advice, ‘Keep Calm and Carry On.’ 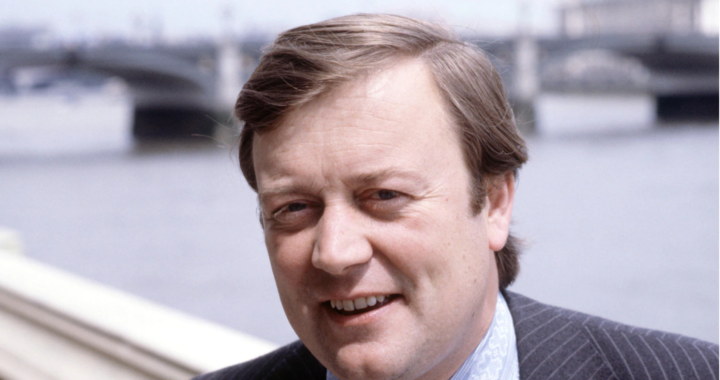 Holmsey – Where are all the lorry drivers?

International work of art lands on the Isle of Wight