Island aircraft manufacturers Britten-Norman are this week celebrating the 55th anniversary of the maiden flight of their world famous Islander plane.

Designed by John Britten and Desmond Norman, the first Islander, G-ATCT, took off from Bembridge Airport on June 13, 1965, and its fame soon spread across the globe. 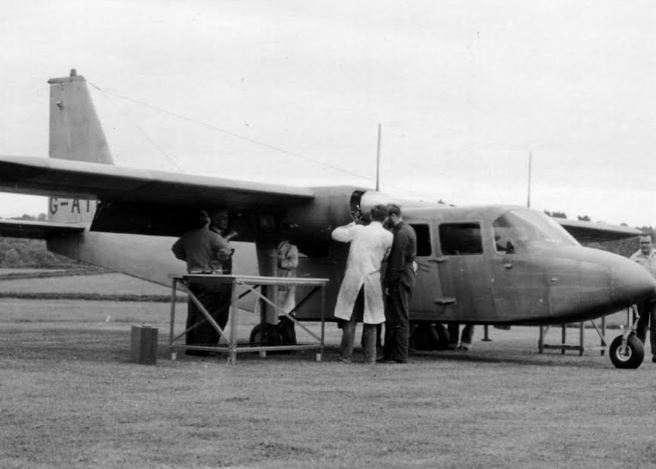 Since that first flight of the Islander, which was followed up by its appearance at the prestigious Paris Air Show, Britten-Norman have built nearly 1,300 Islanders, and they operate in 120 countries.

The aircraft is also used by the British Army and police forces in the United Kingdom and is a light transporter, with over 30 military aviation operators around the world.

The original Islander was designed with an emphasis on providing ease of access within the short haul sector to remote locations as a safe, efficient, and profitable transport aircraft. It has been regularly used by such operators, including the frequent use of unprepared rough airstrips and from challenging terrain, the plane being capable of short takeoff and landing operations. The low load height and wide side doors provide for easy access for passenger and cargo operations, while the aircraft’s ability to maintain a high takeoff frequency also led to its use for parachuting.