Which side are you on? Do you really support another lockdown or are you desperate for a swift return to life as we knew it? We all thought Brexit was divisive, but Covid-19 seems even worse; you’re either completely terrified and want to isolate until Christmas and beyond, or you’re fairly fearless and opposed to any more restrictions.

If you work in the public sector, or have an employer who’s largely unaffected, I’d bet you’re more likely to support another disastrous lockdown. On the other hand, if you work in a tourism-dependent business or have an employer who’s likely to go bust imminently, you’re probably willing to embrace risk. Obviously, it’s safest to just stay home, but for how long? The virus will be around for years, but your job may not be! 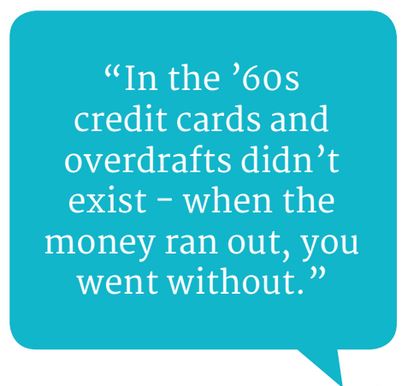 The Island has enough problems already. Apparently 7,215 children are living here in poverty; that’s almost a third and puts us among the worst areas in southern England. We’re supposed to be the world’s sixth richest economy, so what are we going to do about it?
Comparison is always unfair, but my own childhood was tricky at times; money was certainly short. I once went to school wearing my plimsols because my parents didn’t have the money to replace my worn-out shoes just yet. Lining up for class, my teacher singled me out asking why I was wearing daps; I explained as best I could. In the ‘60s credit cards and overdrafts didn’t exist, so when the money ran out, you went without.

Like everyone else’s, my Dad worked a 6-day week and was paid in cash on Fridays. I never felt poor. To prevent malnutrition, all school kids then were given a third of a pint of milk at morning break. In the winter it was cold and bearable, but in the summer, without refrigeration, it was often warm, creamy and tasted awful. We qualified for free school meals too and these days, that would make us technically poor, although I don’t remember going hungry, even in the school holidays. After my parents divorced, I do remember a terrible row about a loaf of bread; I think because my brother had finished it. Our parents were raised on rationing, so people really valued food, despite the occasional shortages and not a scrap was ever wasted.

We did manage a rented DER telly, a warm bed, a yearly caravan holiday as well as birthday and Christmas presents, although none of us ever had a new bike. Was that poverty?

Predictably people responded to the news on social media as you might expect, describing parents of poor children as ‘workshy, with the latest iPhones and wide screen TVs’. Some suggested they get too many benefits, which they ‘waste on burger and chicken takeaways, fags, booze and scratch cards’, with one saying children ‘shouldn’t be born at all if their parents can’t afford them’. Perhaps more helpfully, another suggested giving poor parents allotments, to grow heathy nutritious food of their own, a good long-term fix perhaps? For what it’s worth, rightly, the calculation now includes housing costs.

So, back to that Covid-19 choice, last Thursday St Mary’s had just one coronavirus in-patient, I found that both surprising and reassuring, it really makes you think doesn’t it? Still Islanders remain divided. Personally, I’m convinced resistance is futile, we must protect the old and vulnerable, but I believe Boris should get us all back to normal long before Christmas. The alternative is worse and too awful to contemplate.