Last Saturday the streets in St Helens were awash with pumpkins as the village held a Pumpkin Carving Event.
Residents were invited to participate in an alternative trick or treat event by carving a pumpkin to leave outside their house on Hallowe’en night. There were adult and child classes with prizes available for each.

Sarah Elliot, who organised the event, said: “I thought we needed some sort of event for children and families in these very difficult times. The village seemed to agree and we saw many families going round the village on Saturday evening on a ‘Pumpkin Hunt’. We had over fifty entries so there was a lot for everyone to see.”
Jonathan Bacon, who helped judge the competition, said: “I was amazed by the number of entries and by the skill shown by village residents which made judging a difficult task. A lot of effort was put in to the event by all the entrants and it was obviously greatly appreciated by those who took part in the ‘Pumpkin Hunt’.”
The winners were: Adult Pumpkin – Natasha Wilson, Dove Close; Child Pumpkin – Milly Adams, Downsview Road.

On the back of the success of the Pumpkin Carving Event the organisers have decided they will go ahead with the annual St Helens Village of Angels Event this December. As in previous years residents will be asked to create an Angel to display in their garden or front window during the month of December. There will be prizes for the best Angels and people will be invited to make a donation, the proceeds from which will go towards the planned new Youth Club in the Village. Registration Forms can be collected from the Village Post Office. Entries can be submitted up until 12th December.

Sarah Elliot said: “The Village of Angels has become a regular event in St Helens and we need to spread a bit of Christmas joy more than ever this year. There is a great community spirit in St Helens, as shown by the Pumpkin Event, and we hope this will translate into the best selection of Angels ever in December.”
More information can be found on the St Helens Village of Angels Facebook page. 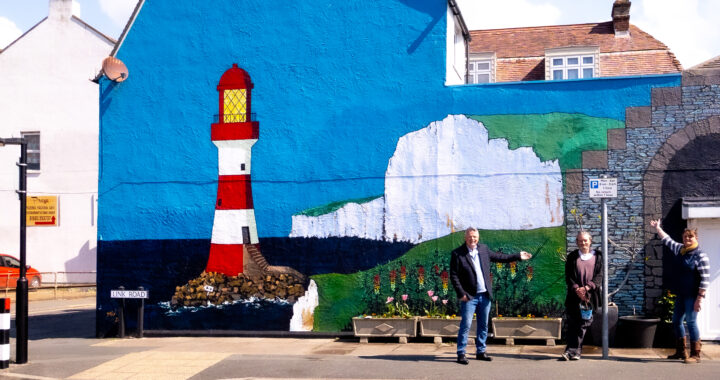