Isle of Wight MP Bob Seely and Leader of the IW Council Dave Stewart have responded to national media reports that they are lobbying for the Isle of Wight to become a test-site for relaxation of the Covid-19 restrictions earlier than elsewhere in the country.

The Daily Telegraph reported yesterday that the pair were ‘asking the government to ease coronavirus restrictions on a regional basis’, after Professor Hugh Pennington, a bacteriologist from Aberdeen University suggested that the Shetland and Orkney Islands could be considered test-beds because of relatively low rates of infection and their ability to control access.

Mr Seely who told the Daily Telegraph that ‘The island is generally liked by social scientists because it is an isolated community’ told the IW Observer that he was ‘not sure he agreed’ that isolated communities could lift restrictions early saying: “There is no question of lifting the lockdown if the conditions are not safe. The question is how to do it best when the conditions change, and therefore a relaxation of the measures becomes possible.

“I think it is vital that scientists understand how the lockdown lifting is going to work. The best way I can ensure that can be safely done is to make sure the scientists and decision-makers understand our needs.

“I want mass testing; I want people to have temperature checks as they come off the ferry. This is about protecting people by ensuring the scientists build robust systems. We hope to have mobile testing and we are working on that.”

When asked what consultation he had carried out he said that he continues to talk to a wide variety of people.  He declined to give details of which ministers he had been talking to about the issue, saying “I have lobbied in general hard for as much support for the Island as possible.” 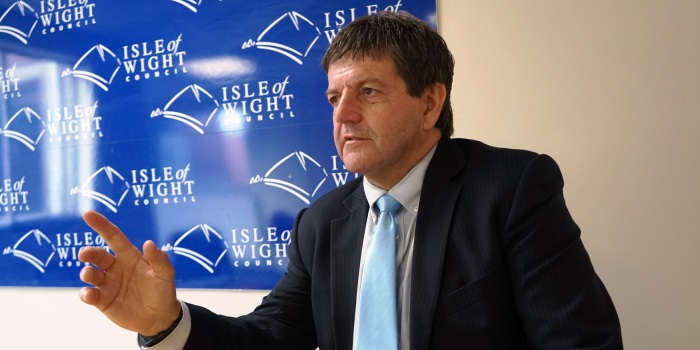 Cllr Dave Stewart said that the Daily Telegraph story did not accurately represent his views: “Can I be clear I do not see the Island being used as any form of ‘guinea pig’ for anything. If we were offered the opportunity for the whole community to be ‘tested’ for the virus I would be supportive, because it would help inform us where we actually are in terms of the spread of virus on the Island and how we move forward.

“It appears our numbers of the virus are relatively low although any case, particularly those leading to someone dying, is a tragedy and my heart goes out to all the families involved.

“For clarity my priority has been and remains keeping our Island community safe, anything else we do must be built on this principle.”

He acknowledged widespread reports that tests currently available do not have a proven track record of reliability or accuracy and said he would not support compulsory testing.

The Island’s Green Party expressed concerns about any plan for mass testing on the Island. Daniel James, Chairman said: “We need greater access to tests, but we are not the government’s guinea-pigs. There must be clear evidence of public support from Islanders before any pilot programme with ‘technology and Apps and things’, as Councillor Stewart described it, is even considered.

“The Island has a significant population of elderly and vulnerable people, and Coronavirus is a fatal illness with no known cure. The priority must be the health of Islanders living here now, not to focus on a ‘Save our Summer’ campaign to validate using the Island as a bolthole for wealthy people fleeing the mainland.”

Island Labour said they were strongly opposed to the lockdown ending earlier on the Island than the mainland, pointing to the large number of elderly residents and a number of Covid-19 cases in care homes. Chairman Julian Critchley said he hoped the story was ‘media nonsense’ adding: “The only criteria for assessing when the Island’s lockdown should end is whether it is safe to do so.”