Seven tiny kittens are lucky to be alive after being abandoned without their mothers at an age when they would normally still rely on them for nourishment.

The young cats were all low in weight, hungry and dehydrated when they were found in a taped up cardboard box outside the gates of Cats Protection’s Isle of Wight Adoption Centre on Marlborough Road.

While the older kittens should have just been starting to eat solid food supplemented by their mother’s milk at the point at which they were left, the younger ones would still be relying on their mother for the majority of their needs. Alone without that maternal care, during warm weather in a sealed box, they were vulnerable to dehydration and starvation with a high chance that they would have died if they hadn’t been found. 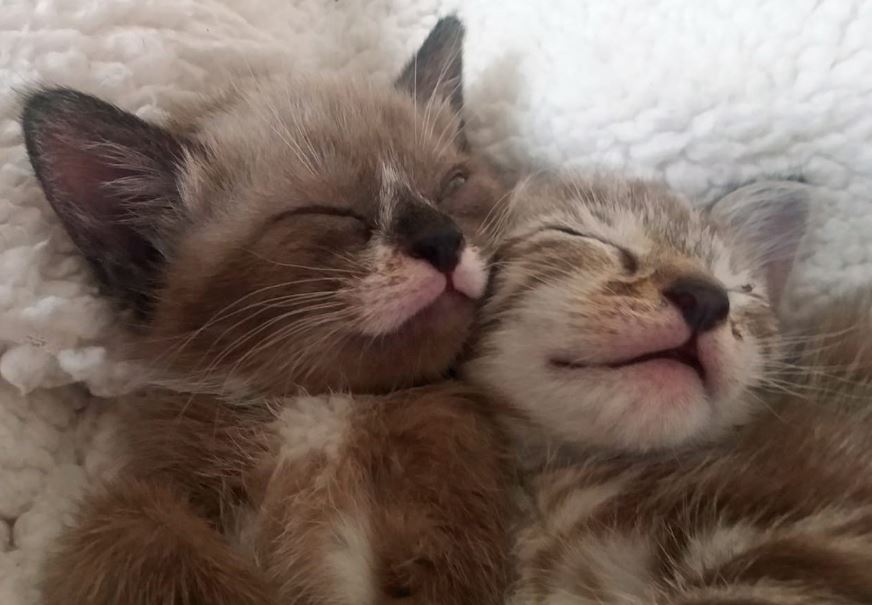 Once safely in the centre, the three largest kittens were named Oscar, Joey and Aurora while the smaller were called Lola, Chloe, Noah and Trev. Divided into two separate litters once again, the kittens could be given round-the-clock care by the centre’s cat care assistants who are supported this year by players of People’s Postcode Lottery.

Cat care assistant and receptionist, Lauren Smith, said: “The kittens were underweight when they arrived and we worked really hard to hand feed them every couple of hours to get them up to their ideal weights. For the first few days we weren’t sure they would survive. Little Lola was a particular worry; she didn’t have an appetite and was very lethargic, after a vet visit we found out she was so dehydrated that she needed drip-fed fluids as well as hourly feeds. Oscar has also been very poorly and needed blood tests to rule out anything sinister but luckily they came back clear.”

Now that the kittens are around nine and ten weeks’ old, they are enjoying solid kitten food, have learned to use litter trays and are starting to play with help and guidance from the centre’s staff.

Lauren adds: “We prepare for an influx of kittens each year from the end of April onwards but it was still a shock to find these tiny souls abandoned outside the centre. We know it’s extremely difficult if people find themselves dealing with an unexpected litter but would urge people to get in touch and arrange a time to bring unwanted cats or kittens to us rather than leaving them outside. 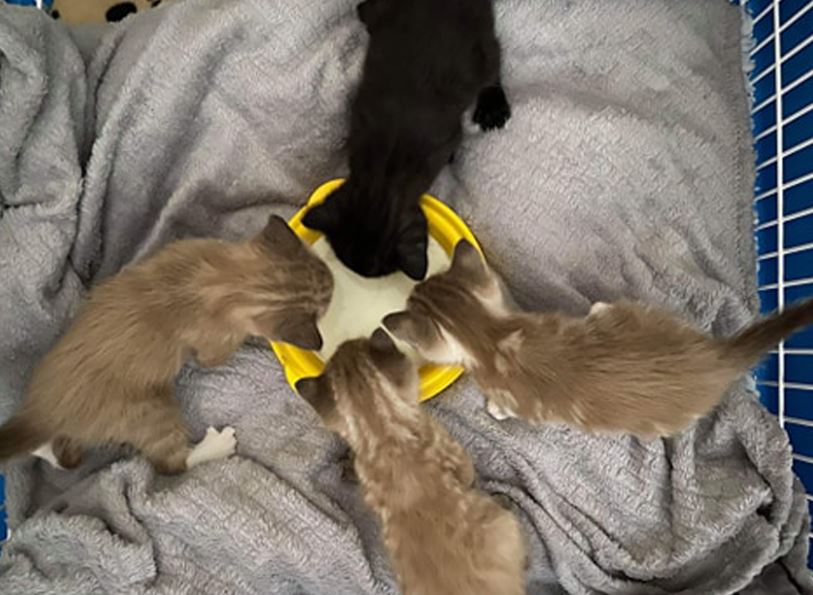 “In this situation we could have supported the kittens’ owner to ensure the mother cats were neutered so that they don’t have other unwanted litters and would very much like to hear from the owner now if they would like assistance.”

The centre has seen donations of food and litter drop as a result of social distancing and is now appealing for donations of both kitten and adult food, as well as pellet-style litter, to help them continue caring for the kittens. Although the centre is closed owing to social distancing restrictions, staff are still on site and donations can be left at the drop-off point outside the main gate. Alternatively items from the centre’s Amazon wish-list bit.ly/IsleOfWightCP can be delivered directly.