Developers admit they have run out of money for the conversion of the Frank James Hospital in East Cowes, with work stalling on the project.

A design and access statement said: “The development has run out of money and cannot progress.” It said adding two more houses could bring in the money needed to get the project going again. As a result, a planning application has been submitted, by Charlemaine Estates, to build four two-bedroom stand-alone houses on the current car park to support the development, which started in 2018.

The currently outstanding work on the Grade II listed building has lead developers to talk to the Isle of Wight Council about the progression of the project — with the council ultimately saying legal action had not been ruled out.

An application to build residential units on the car park in the north-west corner of the site has already been approved by the council but now two more houses have been asked for, to bring in more money. In a heritage statement provided for the application, planning agents have said the additional dwellings are being sought as a way of generating sufficient funds to complete the refurbishment and conversion of the main hospital building. 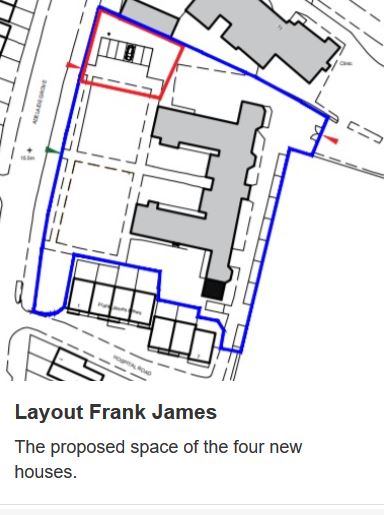 The current developers have said work has stalled due to a lack of funds and fears without the additional injection of money, coming from the sale of the proposed housing, the development will not start again. More options to add to the gross development value are also being discussed with the council’s planning team so work can get underway again and make the project ‘viable’ again.

The hospital ceased to be used in 2002, with the NHS selling the site the next year to property developers. However, the site was then sold again in 2014 to its current developers after work failed to start.

The houses will be built behind the former East Cowes doctor’s surgery which is currently derilict and being marketed as office space but could potentially be redeveloped.

Comments on the application (20/00436/FUL) can be made by email or online via the Isle of Wight Council’s planning portal until April 28.