The first CGI images — submitted to the Isle of Wight Council’s planning team this week as part of a formal planning application — reveal the changes intended to create a modern integrated transport hub for Ryde and the Island.

It comes as Wightlink announce the appointment of Knight Brown to reinstate the disused tramway pier into a dedicated pedestrian walkway, linking Ryde Esplanade, the pierhead and, via Fastcat, Portsmouth Harbour Station.

The building will include extensive glazing to the western elevation, a new entrance way feature and a resurfaced and extended concourse, all helping to create a more welcoming and passenger friendly environment. 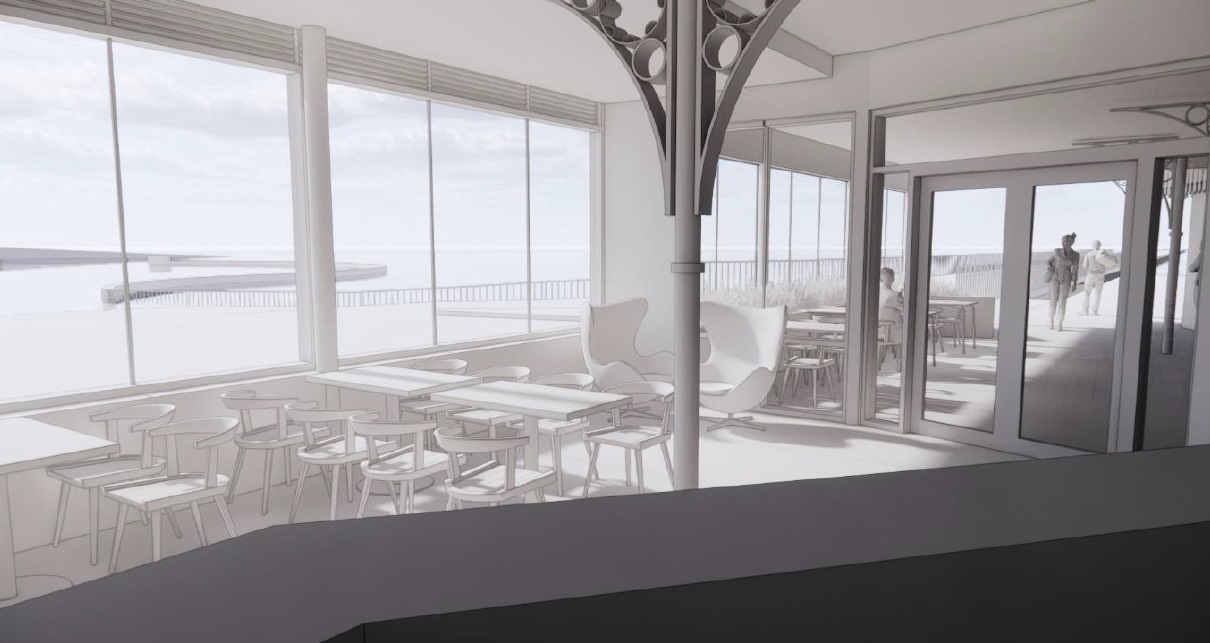 Councillor Phil Jordan, Cabinet member for transport and infrastructure, said: “The new station, coupled with the wider Ryde Interchange improvements which are now well underway, and reinstated tramway boardwalk, will provide a much more fitting gateway to Ryde and the Isle of Wight.”

Wightlink chief executive, Keith Greenfield, said: “Surveys of the steelwork have already started on our part of the project.

“We look forward to the start of construction and eventually opening the walkway so people can stroll along to Ryde Pier Head, take in the sea breezes and speed across the waves to Portsmouth by FastCat.”

Phil Dominey, South Western Railway’s regional development manager, added: “We’re delighted to be working closely with the Isle of Wight Council on this project, which will improve the overall travel experience and enhance integration for all customers at Ryde Esplanade.”

Richard Tyldsley, general manager at Southern Vectis, said: “We are pleased to see that the plans for the Interchange at Ryde to improve facilities for bus as well as rail passengers are developing — and we are looking forward to helping deliver the vision to improve public transport infrastructure across the Island still further.”

The station redevelopment and boardwalk are part of the wider £10 million Ryde Transport Interchange project to provide better travel connectivity as well as a much improve public space.

The project is primarily funded by a government grant from the Transforming Cities Fund following a successful bid for £55.6 million by the Isle of Wight Council, Portsmouth City Council and Hampshire County Council — together as South East Hampshire Rapid Transport.

To minimise disruption the works will be delivered in a number of phases taking into account the major events including Tour of Britain, Ryde Carnival and the Isle of Wight Scooter Rally.