This is what the controversial new primary school in Freshwater will look like…if it gets planning permission.

The IW Council wants to move Yarmouth Primary School and existing Freshwater All Saints CE Primary pupils into the new building by 2022.

After talks came to an end earlier this year, it was confirmed All Saints would close, with pupils from the school being offered a place at Yarmouth CE Primary, which would then move up to the new purpose-built school on the Freshwater site when it was complete.

The Freshwater site on School Green Road has been used as a school for more than 150 years but from August 31, the school will close.

However, most pupils who join Yarmouth Primary in the interim but wish to stay on the Freshwater site, will be able to do so until the building works begin in spring 2021, planning permission permitting.

According to a letter from the two schools’ governors, from spring 2021, the council will provide four modular classrooms and additional play space. Arrangements will be finalised closer to the time.

It is hoped the new school, which will be funded by a multi-million-pound grant from the Department for Education, will be ready to open and used from spring 2022. 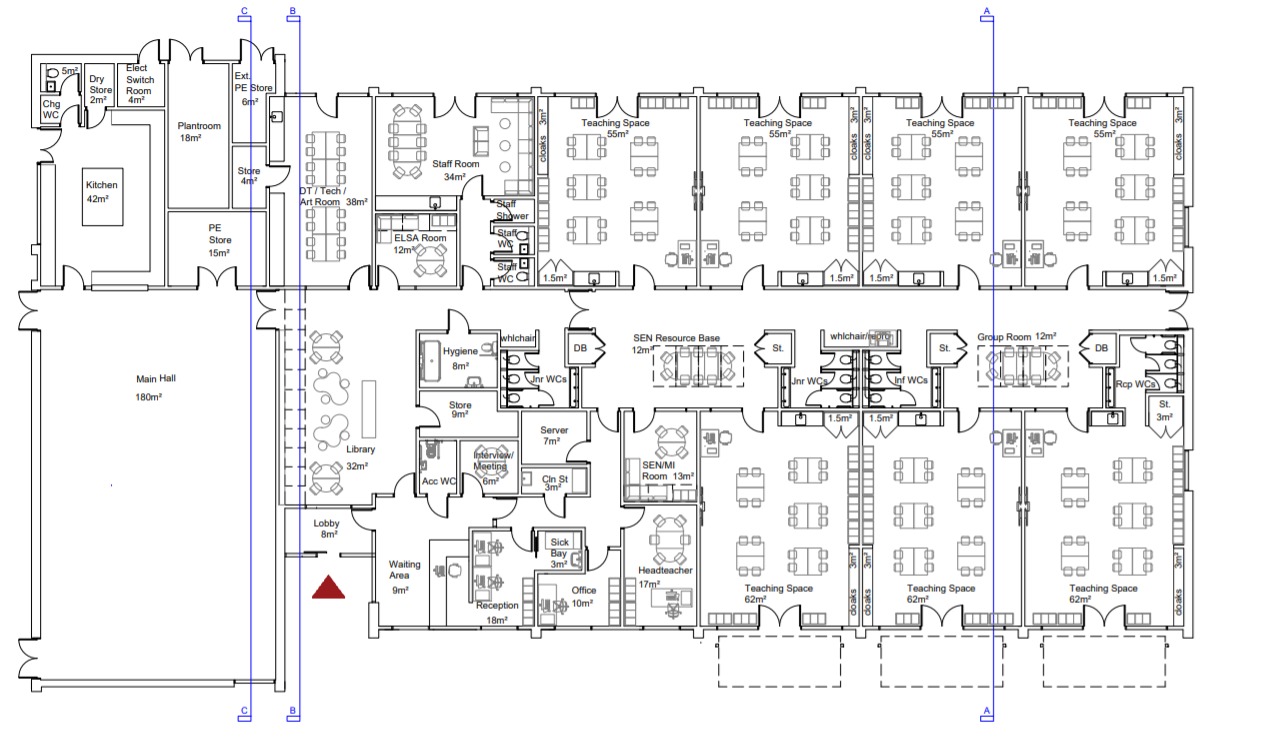 Plans now submitted on the council’s planning portal are seeking to demolish the Freshwater school and build a new one that can accommodate for 210 pupils.

In a design and access statement, Hampshire County Council’s property services department, acting as planning agents for the development, said many parts of the current buildings are ‘suffering from subsidence, structural cracking, dry rot and water ingress’.

They said: “In 2019 a feasibility study was undertaken to look at upgrading the accommodation to current standards. This concluded that the demolition of the existing buildings and the construction of a new school would provide the best long-term teaching environment for the pupils and staff.”

As part of the proposals for the new single-storey school, hard and soft play areas will be added as well as relocating a pedestrian access to the western boundary of the site, linking the school to the footpath.

Part of the new building will incorporate reclaimed ragstone from the existing building to ‘link to the history of the site’.

Plans also include increased parking spaces for teachers and visitors but there will be no provision to drop off pupils ‘due to the restricted size of the site’ and the council hope it can promote alternatives, such as walking, cycling or getting the bus to school.

A library, hall, eight classrooms and special educational needs resource base are included in the new layout plans.

The Little Stars pre-school will also move to the Freshwater site.

To view plans (20/01068/FUL), or submit a public comment, you can visit the council’s planning portal.