His Royal Highness Prince Michael of Kent, cousin of HM The Queen, made a two-day visit to the Island recently and undertook a string of engagements.

Last Tuesday (July 20) he enjoyed a visit to the Isle of Wight Steam Railway, where he was invited to take a turn at driving an engine. The day ended with the Romanov Memorial Dinner at the Royal Yacht Squadron in the evening.

The following day (Wednesday) the Prince attended the centennial celebrations of Sandown’s war memorial, greeted by the High Sheriff, James Attrill, and Sandown Mayor, Paddy Lightfoot. A guard of honour was provided by volunteers from Sandown and Shanklin Independent Lifeboat (SSIL), who also presented him and the Island’s Lord-Lieutenant, Mrs Susie Sheldon, with specially knitted SSIL mascots as a momento. Coxswain Mark Birch said: “It was an honour for all of the crew to meet the Prince, and he took great interest in the work that we do, as well as the history of the memorial.”

President of the Island branch of the Royal British Legion, Ian Ward BEM, introduced local residents Bill Wyke and Sally McConkey, descendants of service personnel named on the memorial. A special plaque was unveiled honouring Eric Charles Twelves Wilson, born and baptised in Sandown in 1912 and who won the Victoria Cross, the highest and most prestigious British honour, awarded for valour in the presence of the enemy. Local research has unearthed the baptism records, from Christ Church, where his father was curate in 1912. Ian said: “It was a great morning and the Prince wanted to know the stories behind the names of those listed on the memorial, as well as talk about the history of Sandown.” 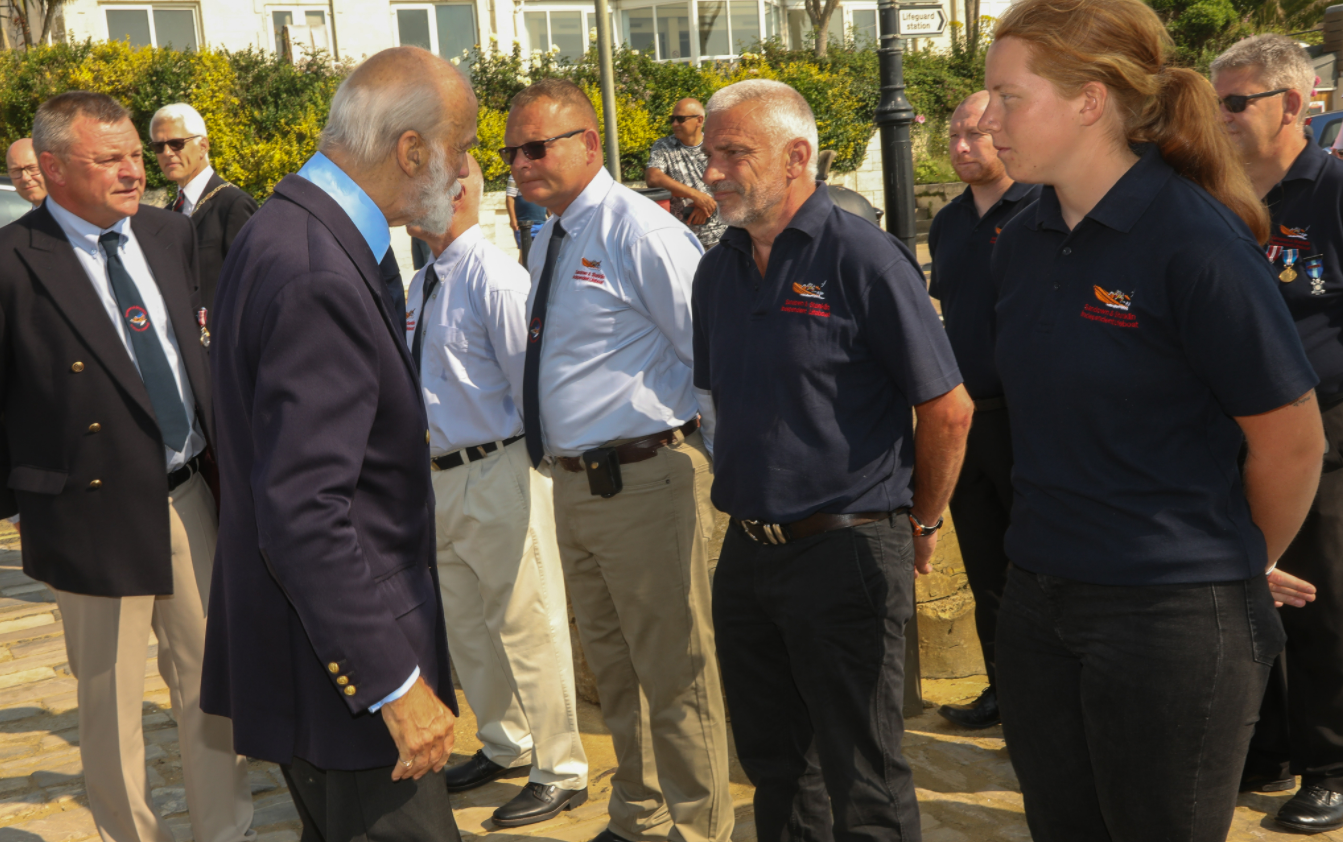 The eight house captains of the Bay CE Primary School then presented him with a set of mugs with drawings of Sandown Beach and the bay.
Meeting the Island’s Community Bus Partnership was next on Prince Michael’s itinerary, to present the prestigious Queen’s Award for Voluntary Service.

Mrs Sheldon, and Deputy Lieutenant, Nick England, accompanied the prince and guests including the voluntary drivers who have been delivering this unique service for more than a decade, as well as representatives from Southern Vectis.

Volunteer co-ordinator, Alan Stott, who received the award said: “It was a proud day for everyone involved in the service, with some of the drivers involved from the early days. It is not often that the team can catch up, as we are normally providing the service.”

The partnership provides regular services to a number of towns and villages. Some of the passengers that nominated the project attended the ceremony, alongside local councillors.