A Totland Bay resident has reached the ‘end of his tether’ in attempts to ensure that the walkway at Colwell Bay is safe warmer weather returns and people start walking along the seafront.

Ted Hynes first noticed there was water running across the Promenade around eight years ago and claims it has been streaming across the path constantly ever since with green algae causing a serious slip hazard.

He first reported the issue to Southern Water at the beginning of October last year and offered to meet with engineers to show them the problem, but he says they ‘lost the job sheet’. A further scheduled visit was cancelled in error and a visit that did take place at the end of October failed to resolve the issue.

He says that Southern Water gave him several reasons for the constant leak, including that it stemmed from water mains incorrectly connected in a nearby lane, that the water stemmed from a private supply and was, therefore, nothing to do with them and finally they wrote to tell him that water testing showed no ammonia or chlorine indicating that the leak was groundwater and therefore the responsibility of the local Council. 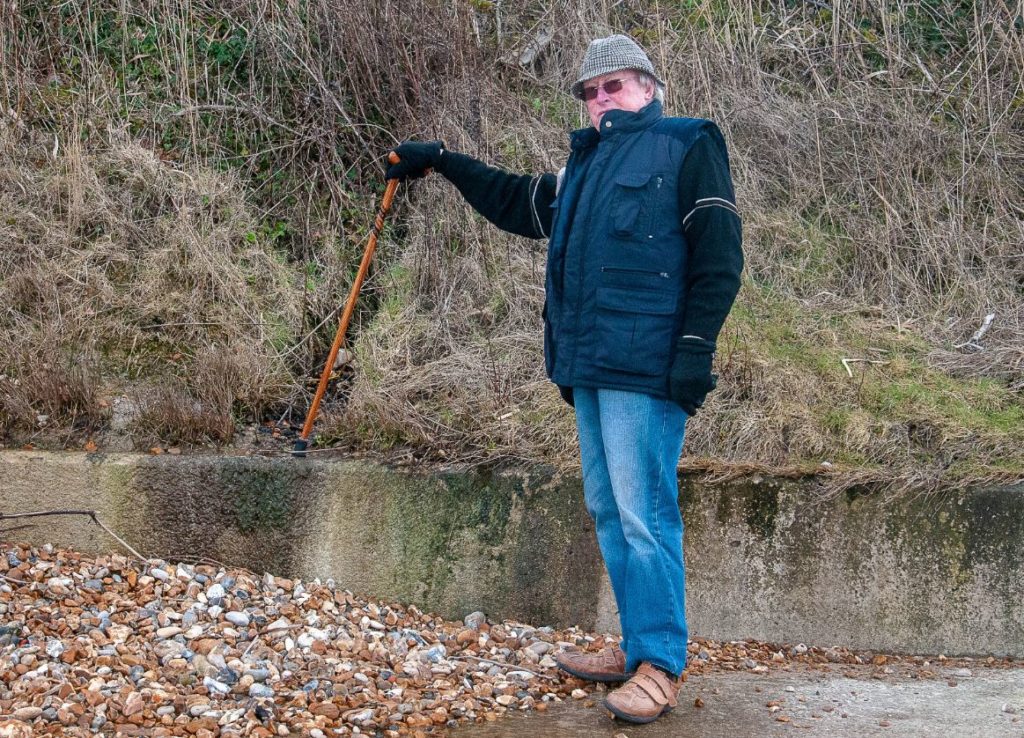 After a complaint to water watchdog, the Consumer Council for Water was upheld in December, Southern Water finally confirmed on January 20 that they had reported the matter to the local authority.

An Isle of Wight Council spokesman said: “We will be carrying out an inspection of this path, and if cleaning is assessed as necessary we will include it in our current programme of jet washing surfaces of revetments taking place later this month and next month.

“Although the cliff and the path are in private ownership, the area concerned is a public footpath. The Council’s Rights of Way department has countless paths where ground/surface water has recently been flowing both along and across them, due to the persistent and heavy periods of rainfall this winter.”

Mr Hynes responded: “I’m at the end of my tether, I’m only trying to protect the public. If a child falls and has a nasty accident somebody could well be on the end of a big insurance claim. Groundwater would ebb and flow, this does not – it is a constant stream of water.

“Southern Water just seems to want to pass the buck to the Isle of Wight Council. I just hope that when the Council come to inspect it they realise the real problem and they get together with Southern Water to solve this problem once and for all.”