There was huge egg-citement in a West Wight cafe after an amazing 25,000,000-to-1 chance of a triple yolk egg was cracked open.
The egg was laid by a chicken named Henrietta, and was brought into the Sugar Loaf cafe, Freshwater, by regular Evie Hodgson as part of her morning breakfast.

Evie only started breeding chickens during lockdown when shops started running out of food. She explained: “I was struggling to buy basic foodstuff during the lockdown, so I created a vegetable patch and bought 12 Sussex White chicken eggs off Ebay. It was all a bit chaotic because around the same time the eggs arrived, and they take 21 days incubation before hatching, my cat gave birth to kittens.
“So I had lots of baby chickens and kittens running around inside my kitchen. 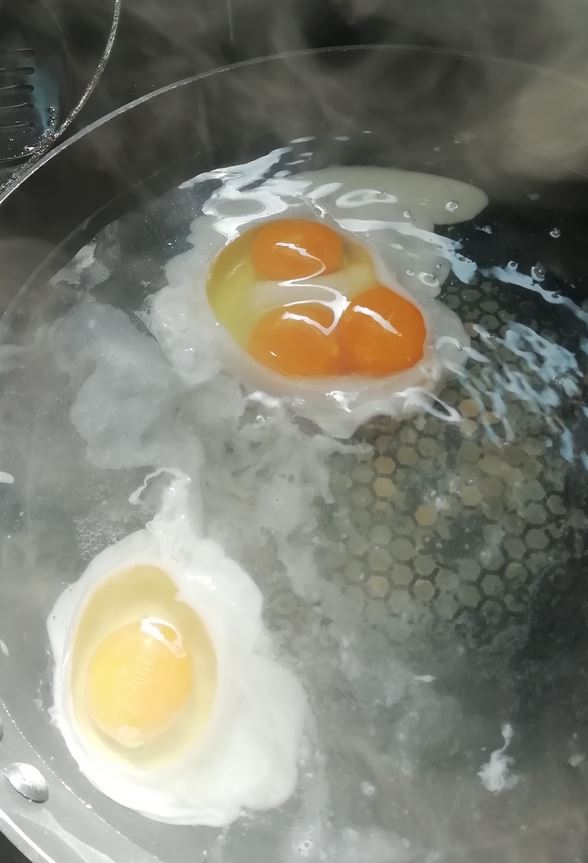 “After around four months, the chickens start to lay and their eggs were delicious. I regularly have breakfast at the Sugar Loaf so I take my eggs in and chef Howard Morgan cooks them to add to my fry-up. I went in as normal and gave Howard the egg and he suddenly came running out of the kitchen to show me the triple yolk. He said he had been breaking eggs for 30 years and had never seen one before!

“I didn’t realise how rare it was at the time but I was absolutely stunned and my mouth wide open when I found out. Howard poached it for me and it was fantastic.

“Henrietta is now in a specially built coop I’ve named ‘Peckingham Palace’ to protect my chickens and cockerel from foxes and I feed them on my home grown rainbow chard and spinach. The chickens are actually very funny in their own way and I’m so glad I’ve got them. My cockerel, Dave, is very possessive, it’s like having a guard dog around.” 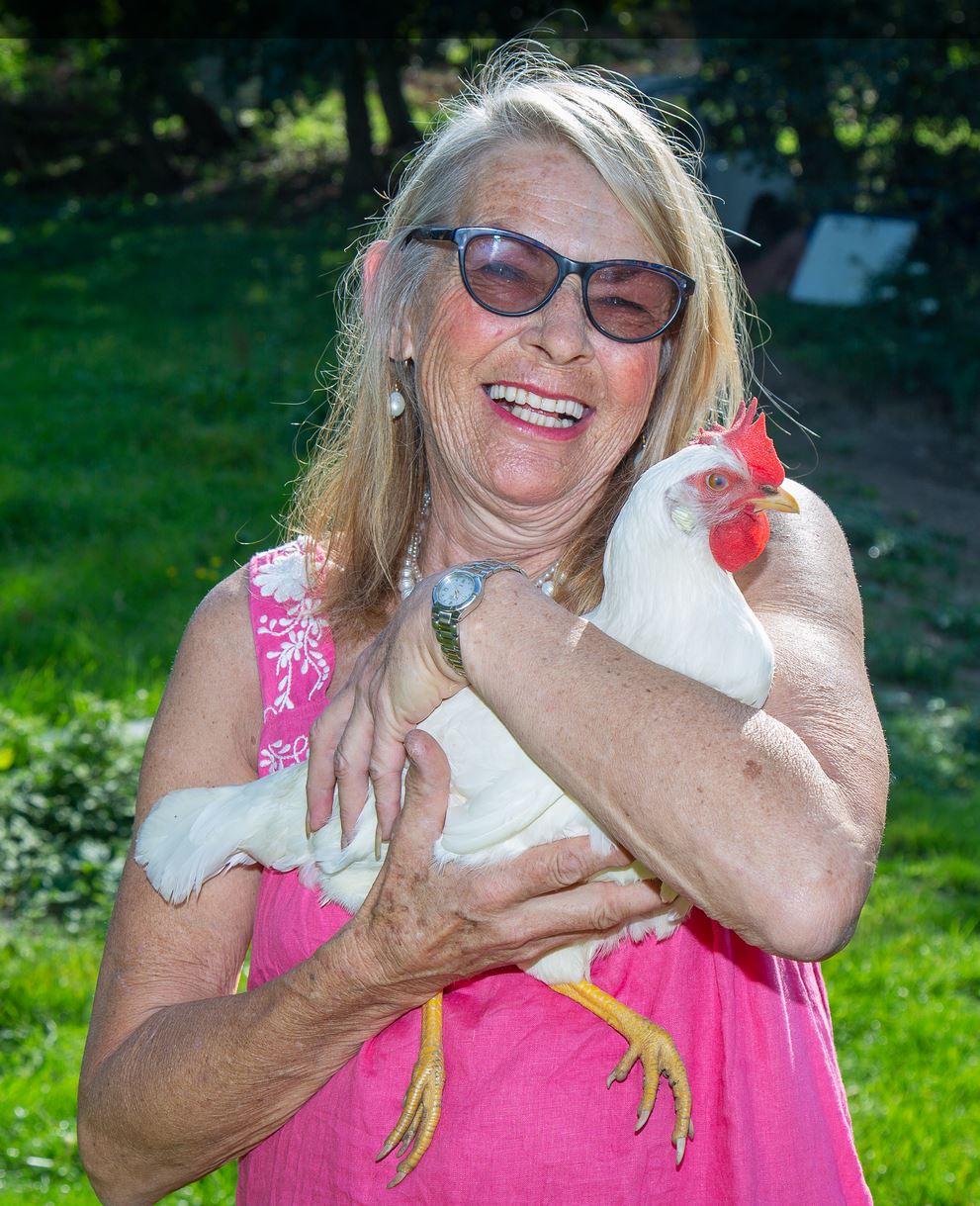