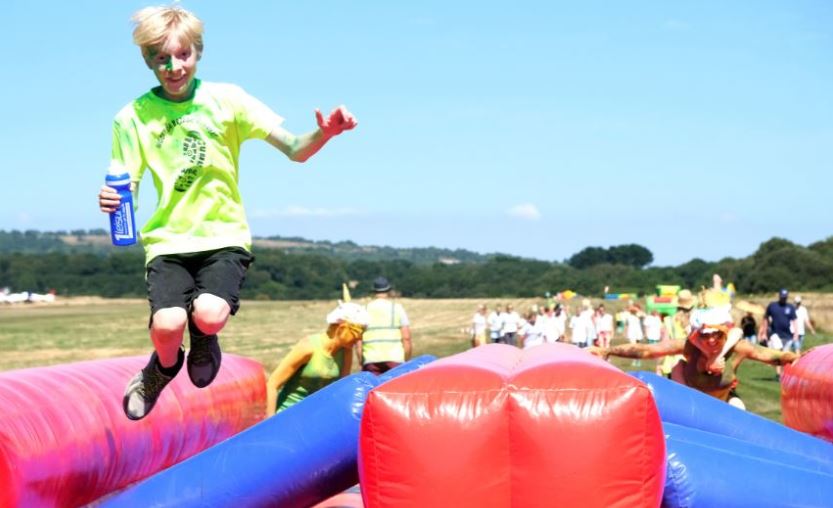 Shanklin Town Mayor, Steve Knight, and Mayoress Esther Knight, opened an exhibition of works by John Keats in Shanklin Community Library, to celebrate the 200th anniversary of his stay in Shanklin in the summer of 1819.

Research has uncovered a 1819 letter from Keats, which included the following quote: “It is more than a fortnight since I left Shanklin chiefly for the purpose of being near a tolerable Library, which after all is not to be found in this place. However we like it very much: it is the pleasantest Town I ever was in, and has the most recommendations of any.”

Shanklin’s current library is in the process of being relocated to Falcon Cross as part of a significant investment by the Town Council, and outline planning has been approved with detailed construction drawings being produced.

Mayor, Steve Knight, said: “Shanklin is proud of its cultural roots, and Keats’ stays in Shanklin are reflected in his ‘A Thing of Beauty is a Joy Forever’ quote.”

The quote, from Keat’s Endymion, is featured across the Island and marked by a plaque on Keats Green Shanklin, with the Anniversary of Keat’s stay being recognised in Shanklin’s 2019 Carnivals, with a special quiz sponsored by Dave Woodward from Keats Cottage.

The Mayor added: “Visitors and residents alike are welcome to visit the Library to see the exhibition and access the range of services available. We are grateful to all the volunteers for making this happen.”

Library Coordinator, Maria Darbon, said: “Volunteers at the Library thought it was important to highlight the work of John Keats and the inspiration that his stays here gave to his literary works.”