A plaque and flowerpot lollypop lady in honour of the late Madge Joiner have been placed by her family on a bench close to All Saints School, Freshwater.

A spokesman for Freshwater Parish Council said: “It’s appropriate that the plaque is on a bench near the crossing. What a marvellous contribution Madge made to our community. Watching so many of us, not just on our journey across the road, but also on our travels into adulthood.” 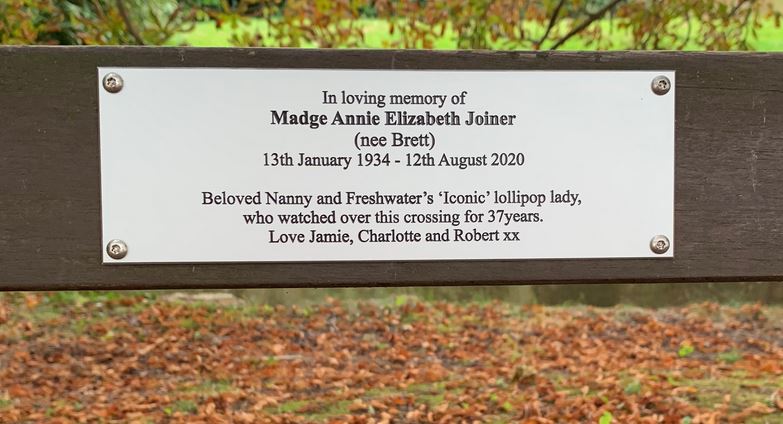 She was born in Ningwood in 1934 and in 1951, she joined the Women’s Royal Army Corps (WRAC). Two years later found herself helping to keep the Queen’s coronation day running smoothly.

Madge married long-serving Freshwater firefighter Fred Joiner at the All Saints’ Church, Greshwater in 1954 and started as a long-serving lollipop lady 10 years later.

She remained on patrol for nearly 40 years, eventually leaving to care for her husband when he became ill, until his death. 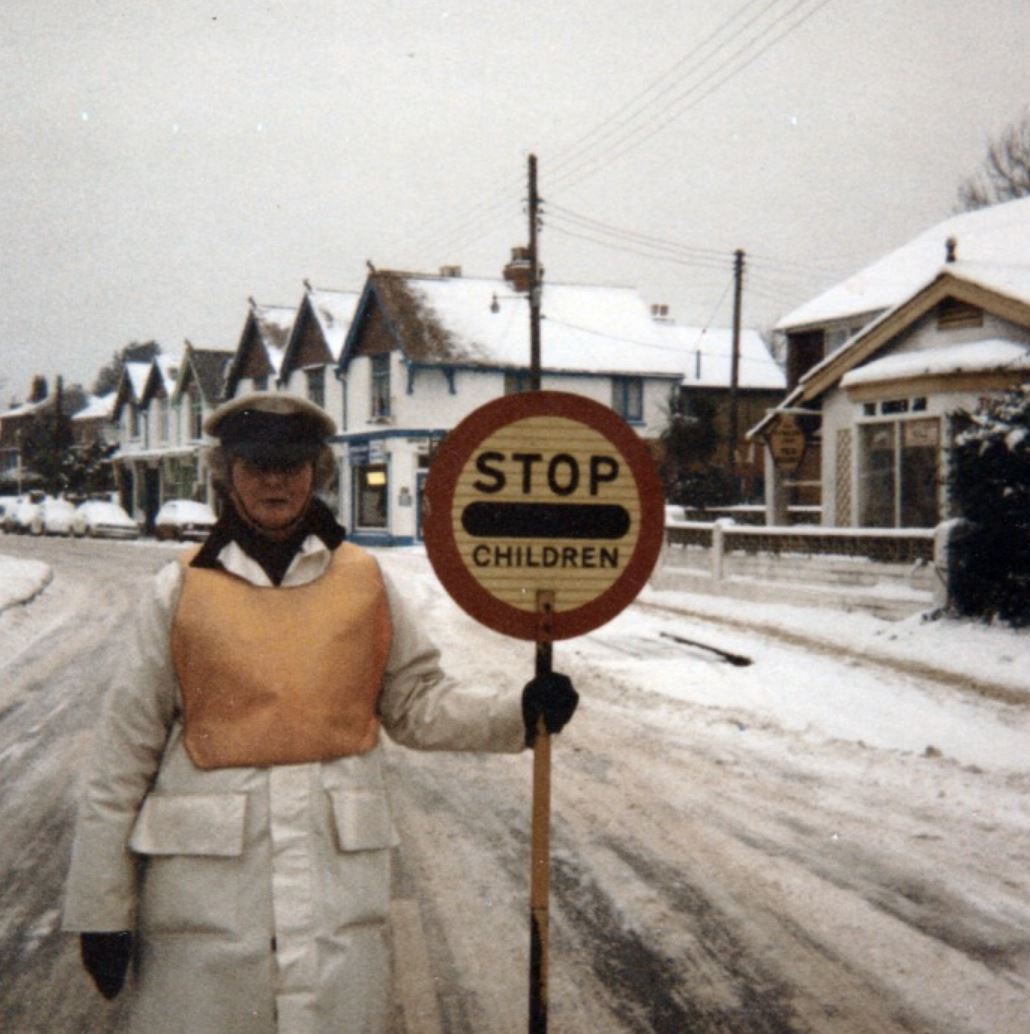