In the seventies almost the entire nation tuned-in to see Tom and Barbara living ‘The Good Life’ on BBC1.

Richard Briers and Felicity Kendall were brilliant as the loved-up couple who chucked in their conventional day-to-day existence to live off the land, even if the land in question was just a regular sized garden in The Avenue, Surbiton. Tom and Barbara Good kept pigs and chickens; they grazed their goats on the nearby common and made home brew, which despite being completely undrinkable soon became all the rage in real life. The Goods were constantly broke, literally counting the pennies to buy anything they couldn’t barter or make themselves. Poor Barbara even had to make her own clothes, dyeing, and weaving those terrible fabrics.

Over the course of the series, which I saw again this week, their wonderfully generous neighbours, Jerry and Margot, bailed them out time and time again and we came to love them just as much as we did Tom and Barbara. Jerry was the henpecked, witty husband with an ever-ready cheque book; Margot, a frightful snob who shopped in Fortnum’s while scheming to oust Miss Mountshaft as chairwoman of the local amateur dramatic society.

Aged thirteen or so, I quite liked the idea of self-sufficiency, particularly if it meant working alongside a gorgeous, adoring wife like Barbara. It just seemed a much better prospect than getting a boring old job and I think there’s a farmer or smallholder in most of us. Why live the rat-race when you could be woken by a cockerel at dawn before grafting to feed yourselves without the stress of a career or daily commute? Who really wants a lifetime of troublesome colleagues and workplace politics; certainly not me?

In ‘The Good Life’, we were supposed to admire Tom and Barbara’s alternative lifestyle but, over time, we came to realise theirs was a foolhardy existence, it was Jerry and Margot who were living the life most of us really wanted. It was they who had the loveliest house, garden, career, shopped in the best stores, drove a new Volvo estate, and had money to burn on frivolities. Back then, glued to our TV set, I realised that a life of frugality definitely wasn’t for me.

Suffering constant sore throats, I was often in the doctor’s waiting room and I’d flick through Country Life and Motorboat magazines. It was the adverts that caught my teenage imagination, and by the time my tonsils were removed, I had a new immodest ambition – a large country house, an Aston Martin and a flybridge motor cruiser!

Regrettably, with no discernible talent, my chances of that kind of success seemed slim. However, once I grew up, through a combination of astonishing luck, hard work and determination, I did in fact become financially successful. I did get that large house, posh car and yes, even for a time, a flybridge motorboat. My material dreams all came true, but along the way, more importantly, I discovered what the good life was. It’s family, good friends and knowing what enough is. Whatever size of house you own, you’ll always meet people with a nicer one and it’s the same with cars: there’s always a newer, better model. Everyone I ever met who owned a boat talked of buying a larger vessel.

Contentment is elusive when it comes to the finer things in life. Recent events have given all of us time to reflect on what really matters. We should all try and live a good life.

Holmsey – Where are all the lorry drivers? 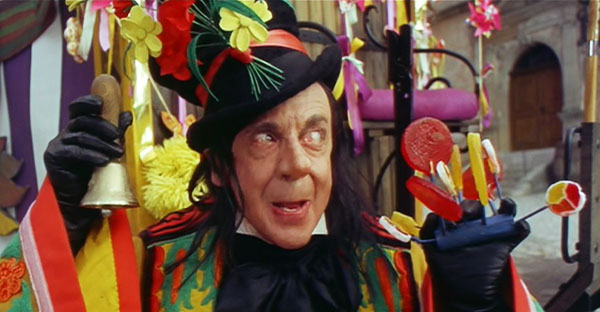