That didn’t take long. Last week I praised Bob Seely for opposing the daft housing targets for the Island, but almost immediately I was deflated as he announced his muddled vision for Islanders’ housing needs.

He’s not completely wrong, he wants fewer houses built, but he says ‘almost all’ of them must be genuinely affordable and reserved for Islanders, an easy, crowd-pleasing slogan, but what does he mean?

For a start, who qualifies as an Islander? A lengthy document I found on the MP’s website is silent on this, only referring to ‘current Islanders’. Is that Caulkheads only? Or anyone who bunks down with a friend or relative for a couple of nights? What if you rent elsewhere because of low Island wages? And if you do buy a genuinely affordable home under Bob’s befuddled plans, what’s to stop you making a quick buck selling it straight away on the open market?

This all seems very unwelcoming to the legions of second-home owners on the Island, not what they expect of Bob. If he’s not careful invitations to sample sausages in Seaview at fancy lock-down BBQs will soon dry up.

Bob demands houses should be built in a ‘recognised Island style’, whatever that means. He was an IW councillor and they’ve certainly got a distinctive Island style, perhaps that’s his role model. He even wants the council to set up a company to build them – practically guaranteeing they’ll be late, over-budget and not fit for purpose. 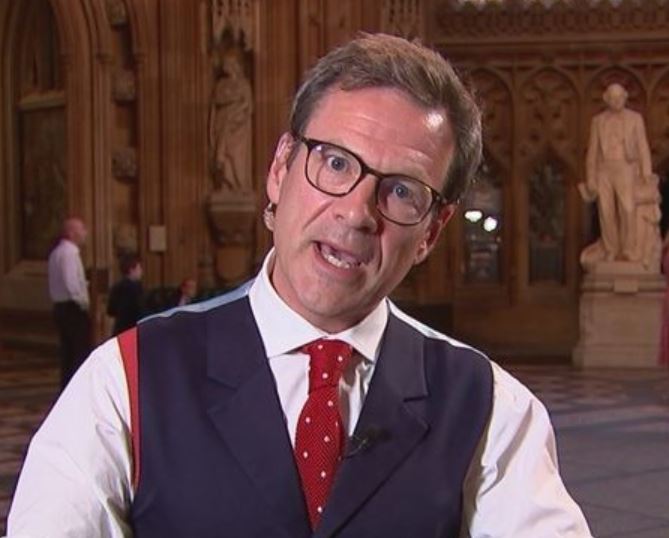 Perhaps the most patronising part of the document is the lofty assertion that Islanders who aspire to own their own home should live in high-density housing. Certainly there’s a place for it, but is that what everybody wants? My own West Wight home has lots of new neighbours, in the past year alone, five large new houses have been built behind me. A few doors down, two more have gone up, and opposite me planning’s been granted for many more, all on greenfield sites. Whether the MP likes it or not, it seems Islanders as well as mainlanders want to live in pleasant, low-density housing in places he doesn’t want them to.

As he feels entitled to comment on other people’s housing choices I thought I’d look at his. When elected he owned two London properties, but sold one last May, no doubt trousering a tidy sum – he carried on claiming £1,200 a month from the taxpayer for his Brighstone rental though. A quick glance at Rightmove shows there are only three more expensive properties on the entire Island, so I guess it’s not high density or built by the council. A case of do as I say, not as I do? Maybe that’s unfair, perhaps renting is a principled stand because he doesn’t qualify under his own rules as a ‘current Islander’. But couldn’t he find somewhere a little more modest or pay his own rent from his £82,000 salary?

Bob’s 31-page tome was tough going, but I managed to plough through the subnational population projections, affordability ratios and methodologies, and not once does he mention the elephant in the room. As I noted last week, with UK migration running at 270,000 a year, demand for homes everywhere is growing relentlessly. Did you vote for that?

It’s a depressing fact that many of the Tory party’s biggest donors are housebuilders or people closely connected with them. Our Bob’s ideas are confused and play to the gallery, but don’t hold your breath waiting for the Tories to make policy changes unpopular with developers.