PE co-ordinator, Jamie Collings, explained: “I approached Sam Branston, who is an associate director at Spence Willard’s Bembridge branch, over the summer holidays about sponsoring a new kit and they were delighted to help out the school and the local community.

“We were in need of a new school football kit for the upcoming school football season for all our teams, especially after not playing any school sport in 18 months. All of the children thought the new kit was amazing and it was shown off in assembly.

“We’ve already worn the kit on our way to winning the under-11 boys DANONE Cup, beating Newchurch Primary 4-2 in the final on penalties after a 1-1 draw.

“Earlier in the tournament, we beat Nettlestone Primary School 6-0, with goals by Jude Wallis (2), Charlie Lawrence, James O’Neil, Tom Seward and Elan Parkin. The team are now through to the Hampshire finals.”

Sam added: “I would like to congratulate Mr Collings and his u11 football team on their first match and an excellent victory. The team looked very smart in their new strip and we are only too pleased to support the school and our local community with sponsorship.” 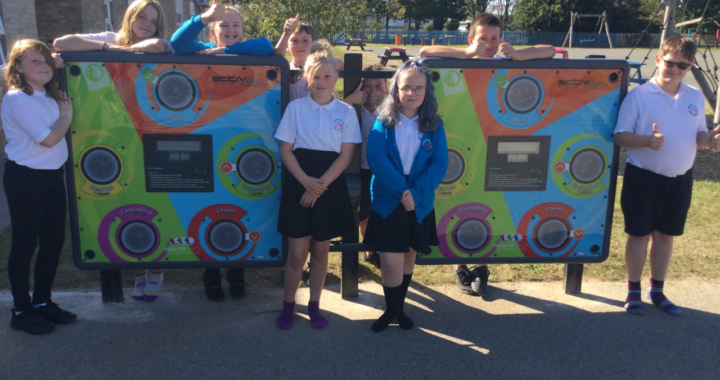