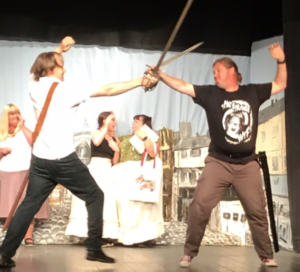 The writer of A Bard in the Hand, Maureen Sullivanm answers questions about the Summer Pantomime that starts on Thursday, put on by the Bembridge Little Theatre Club…

A Bard in the Hand is advertised as a pantomime. In August?

MS: It’s been a topsy-turvy eighteen months or so, hasn’t it? Many families who couldn’t get together last December have recently been celebrating Christmas, so we thought a summer pantomime fitted in quite well – so many people had booked festive shows only to be disappointed, so here’s their chance to make up for it.

So it is festive and Christmassy?

MS: It is set just before Christmas and there are references to the festive season, but most of the humour can be enjoyed any time of the year. And of course, in Shakespeare’s time when our show is set, they didn’t have Christmas trees and decorations, so we’ve dispensed with that. 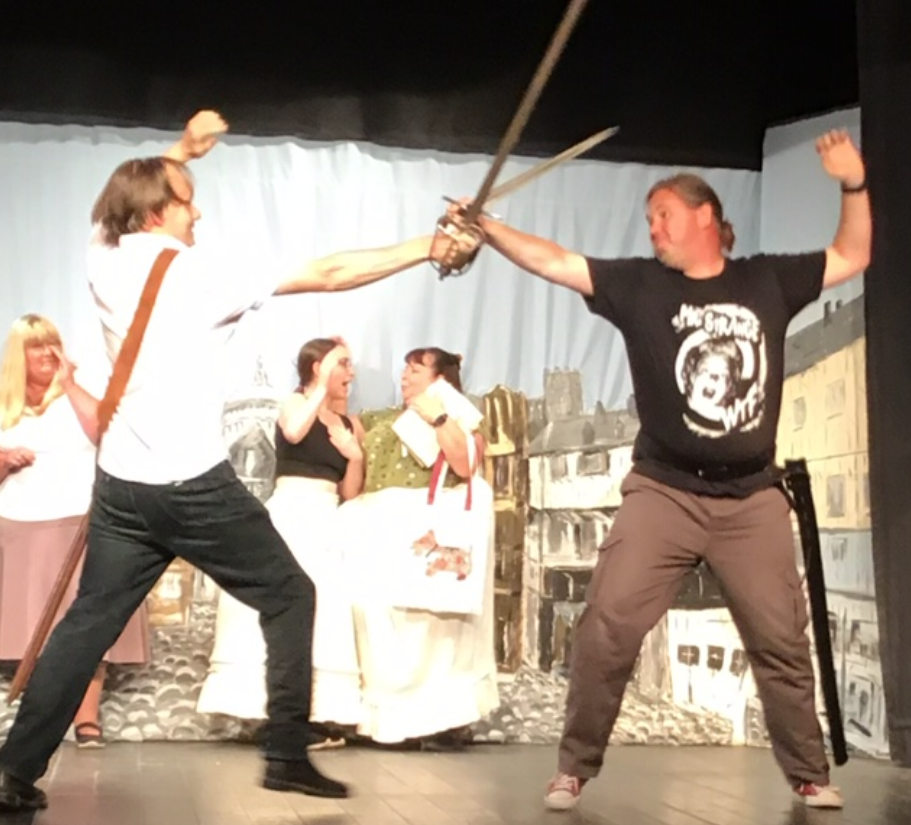 And this is a brand new show, never seen before?

MS: Yes – you will be attending the world premiere three shows. I wrote the pantomime a few years ago, then during lockdown Bembridge Little Theatre Club arranged some virtual play readings, just for fun, and asked if they could use my script for one. A few days after the reading I was asked if they could stage it, and when I said yes, they insisted I direct it, so here we are. I’m very proud and excited to be directing my own show.

How did you come to write a pantomime about Shakespeare?

MS: I was acting in a pantomime and at the same time I was reading a book about the time Shakespeare spent lodging in Cripplegate, London with the Mountjoy family: Mrs Mountjoy was a tire-maker. In those days that meant someone who made wigs and head pieces, both for the theatre and for personal use. It just occurred to me that she would make a very good pantomime dame, and it all sprang from there.

So it has traditional panto characters?

MS: Oh yes – a few carefully selected facts gave me some great characters. You need a hero – that has to be Will Shakespeare himself of course. The hero normally has a friend or sidekick, and Shakespeare’s contemporary Christopher Marlowe is believed to have worked as a spy for Queen Elizabeth, so in the panto he becomes a James Bond-type figure. Some people believe Shakespeare’s plays were actually written by someone else, and the Earl of Oxford is a main contender, so I turn that on its head and he becomes the villain who is trying to steal Will’s plays to pass off as his own, and so on.

Does the audience get to join in as in traditional pantos?

MS: Of course – it wouldn’t be a panto without lots of ‘Oh no he isn’t…oh yes he is’ and ‘He’s behind you!’ You get to cheer the hero, sympathise with the Dame and boo and hiss the villain. You can even join in with the songs if you want to.

You have songs too?

MS: We have a five piece band playing in the hall, accompanying the songs sprinkled through the show: some are – ahem – rewordings of well-known songs and others just songs the audience will recognise.

You are clearly an admirer of the Bard…

MS: I discovered his plays when I was about thirteen, and one day, outside the coach company that took me to school every day, I spotted an advert for trips to Stratford-upon-Avon. I dragged my parents there, and have loved Shakespeare every since. I have been lucky enough to have taught his plays in school, and acted in and directed several of them over the years. 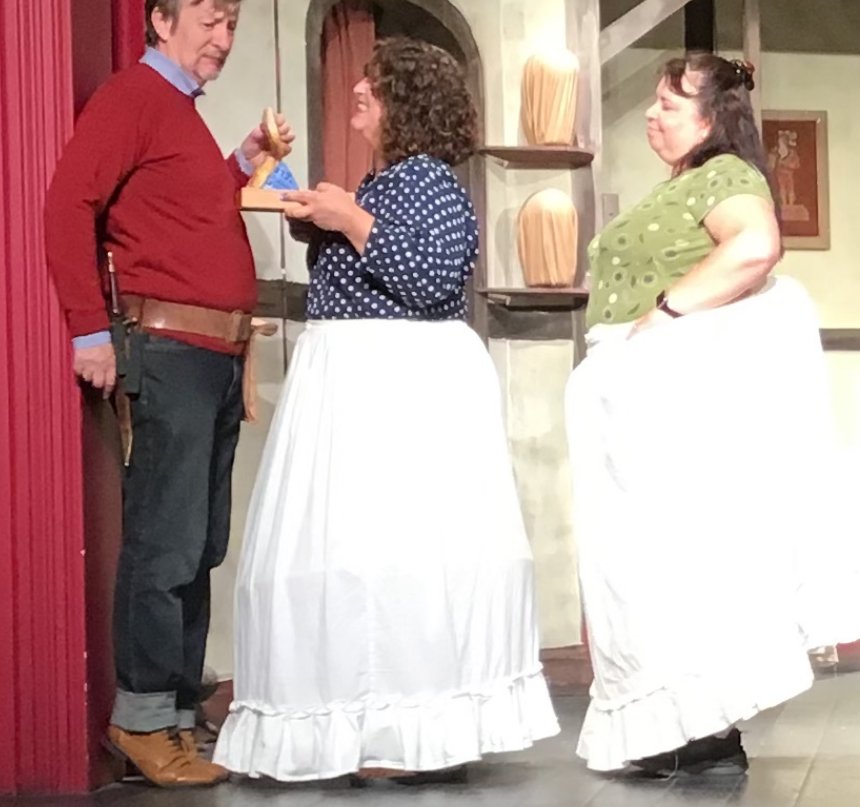 Any highlights in your acting?

MS: Playing Falstaff in Henry IV with the Isle of Wight Shakespeare Company; directing Merry Wives of Windsor at Carisbrooke Castle – oh, and playing Macbeth in a dramatic reading at the Rose Playhouse in Southwark on the exact spot where Shakespeare and Marlowe, among others, actually stood and acted four hundred years ago. That was magical.

What about the highlights of this show?

MS: The quality of the cast I am lucky enough to have assembled for the show is the real highlight. Rehearsals have developed the script so the actual show is far, far funnier than my original writing, and each actor has made the character his or her own. And the jokes have been honed and worked on to the point where what I fondly thought of as an amusing play has become hilarious. We have had so much fun in rehearsal, and have been in fits of giggles throughout.

Do you have to know and love Shakespeare to enjoy the pantomime?

MS: Absolutely not. There are several references to his work, most of which most people will recognise – “I have bills to pay…to pay or not to pay, that is the question..” – that sort of thing. But as with all pantos, there are over-the-top characters and plenty of jokes, including lots of groan-worthy puns. You will enjoy it whether or not you like Shakespeare, or indeed pantos – you just need to like to laugh and have fun. And after the last year, I think we could all do with that!

So when can we book tickets and see it?

You can book tickets right now, by calling the BLTC box office on 07841950261 or by calling in at Splash, Union Street, Ryde or the Co-op Welcome Store in Lane End, Bembridge – I’m told they are selling very quickly. And you can see it on 12th, 13th and 14th August at 7.30pm at Bembridge Village Hall. Come along, relax and laugh!