Red Funnel Ferries is celebrating the first year of service for Red Kestrel, its dedicated freight-only ferry, as she reaches the 12-month anniversary of her official naming ceremony.

An important part of the Red Funnel route across the Solent which handles over half of the island’s commercial vehicles, Red Kestrel has made over 1,300 journeys since her first day of service on 24 May 2019 and has been a huge triumph for the fleet.

Red Kestrel was designed and built in Great Britain, by Merseyside shipyard, Cammell Laird. The project used the services of 45 British supply chain businesses and generated over 3,000 man hours of work for Cammell Laird’s apprentice.

Red Funnel’s continued commitment to supporting the British shipbuilding industry helped earn the company a top prize at the UK Maritime Awards, where the team took home the Maritime 2050 Award in recognition of championing the UK Government’s Maritime 2050 strategy, which seeks to maintain and strengthen the UK’s position as a global maritime leader. Of Red Funnel’s existing fleet of seven ferries, six have been built in the UK.

Since Red Funnel welcomed Red Kestrel to the fleet she has added more flexibility to its freight offering; with more options available for customers including the ease of movement for hazardous vehicles and fuel shipments, space for wide or abnormal loads with increased space and height dimensions, and more room for manoeuvre at all times of the day. 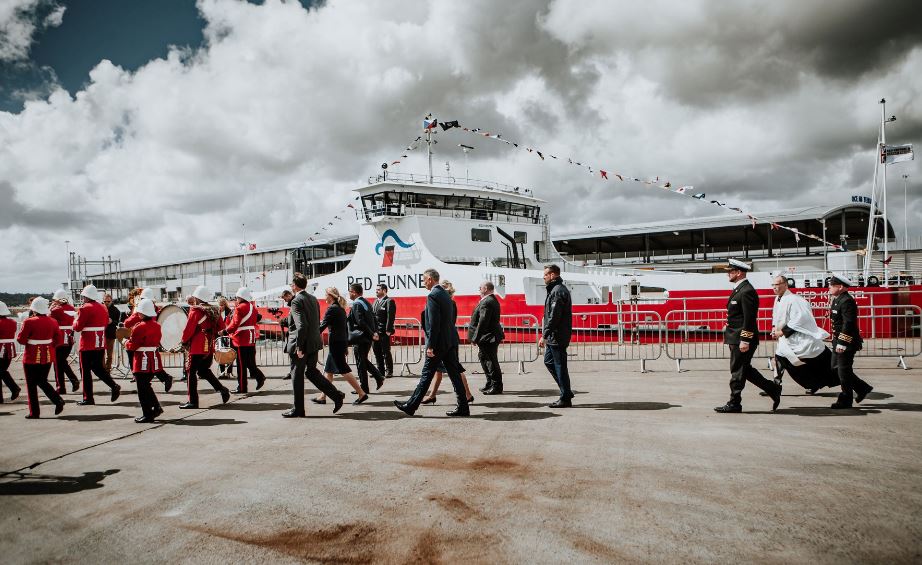 Red Kestrel has been instrumental in maintaining a lifeline service to islanders during the ongoing COVID-19 pandemic. Not only by enabling the spread of goods to allow for more crossings for essential travel vehicles and key workers, but also by carrying the majority of the island’s freight, and helping with social distancing thanks to a dedicated freight driver lounge.

Fran Collins, CEO of Red Funnel, commented: “We can’t believe Red Kestrel’s one-year anniversary is here already. We are especially proud of her being our first freight-only ferry since we began serving the island nearly 160 years ago, but even more so during these pressing times when our lifeline freight service to the island is more relied upon than ever. I wish to say a big thank you to her crew for all their continued hard work and commitment during this time.” 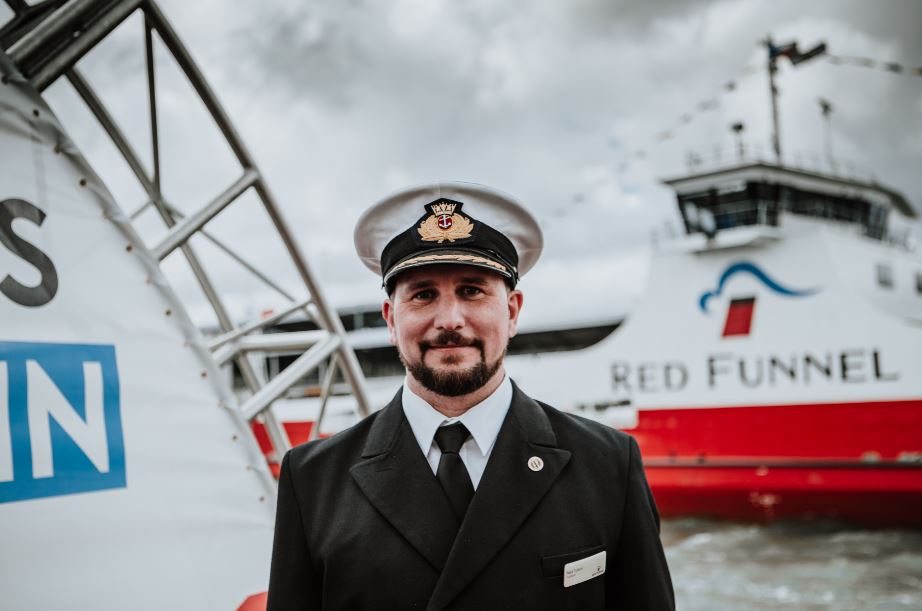 Captain Ned Tutton, Lead Master for Red Kestrel, said: “I feel very honoured and privileged to be the first Captain for Red Kestrel. It’s a once in a lifetime experience to be the first captain of a vessel like this and I have really enjoyed the challenge of introducing a new ferry to an established fleet and into a business that’s been sailing for nearly 160 years.” 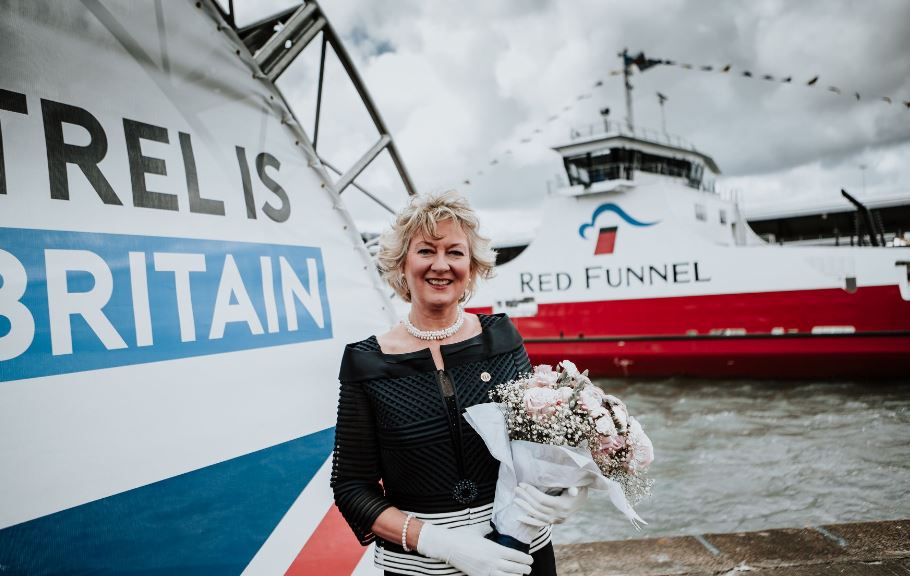 Karen George, Godmother of Red Kestrel and wife of Red Funnel Group Chairman, added: “I would like to send best wishes to Captain Tutton and his crew on the anniversary of Red Kestrel’s naming ceremony on 25th April and her first year of operation. She’s a very special ship providing a unique and valued service, now more than ever.”